Here I am pecking away with one finger on my iPad keyboard early in the morning. I’m the only one up and I’m sitting on the couch with my blanket and dog with my cup of coffee with a splash of vanilla almond milk in it. I stayed up too late with Mike watching The West Wing with him. He’s never watched it before. I’ve watched it but have fallen asleep and missed many parts. I fell asleep again last night with my head on Mike’s lap. Some time after midnight I staggered in to bed but then couldn’t go back to sleep for what seemed like a long time. Once I did fall asleep I woke up a few more times and just stayed up around 5:45.
It’s beastly cold outside and last night the fierce wind sounded like an ice age was upon us. It’s pretty quiet out there now. Hennessy watched TV until around ten then Mike told her to go to bed. I was pretty sleepy and out of it by then. Mike always takes the dog out to pee at night. Bitzi only weighs about 7 1/2 pounds and doesn’t like to go out in bad weather.
Yesterday Hennessy and I made some cookies and packaged them up to take to a couple neighbor ladies who have brought us banana bread. Due to my cardiac rehab program and trying to lose weight and get healthier I hadn’t made holiday sweets like usual so we just made a small batch of cookies and packaged them up. Hennessy had two but at least I didn’t pig out on them. I also haven’t sent out any Christmas cards. I have a whole stack of ones we’ve received and I meant to send them one back. It’s too late now. I’ll send a note to a couple people.
I’ve just withdrawn from a lot of people and things. I’m trying to direct my energy on what really matters. Social media has become one big “la-Dee-da look at me “ boastfest or marketing scam. I’m getting pretty grouchy in my old age. I want truth, sincerity and purity.
The Chicago Bears play the Buffalo Bills at Soldier Field in Chicago at noon today. Although I initially had high hopes for the Bears the past several weeks have been disappointing despite quarter back Justin Fields’ displays of excellence. I’ll watch the game today mostly due to the ridiculously cold conditions.
Yesterday I took Hennessy to our Sun City lodge to look at all the Christmas decorations. It is done very nicely and we got some walking in. 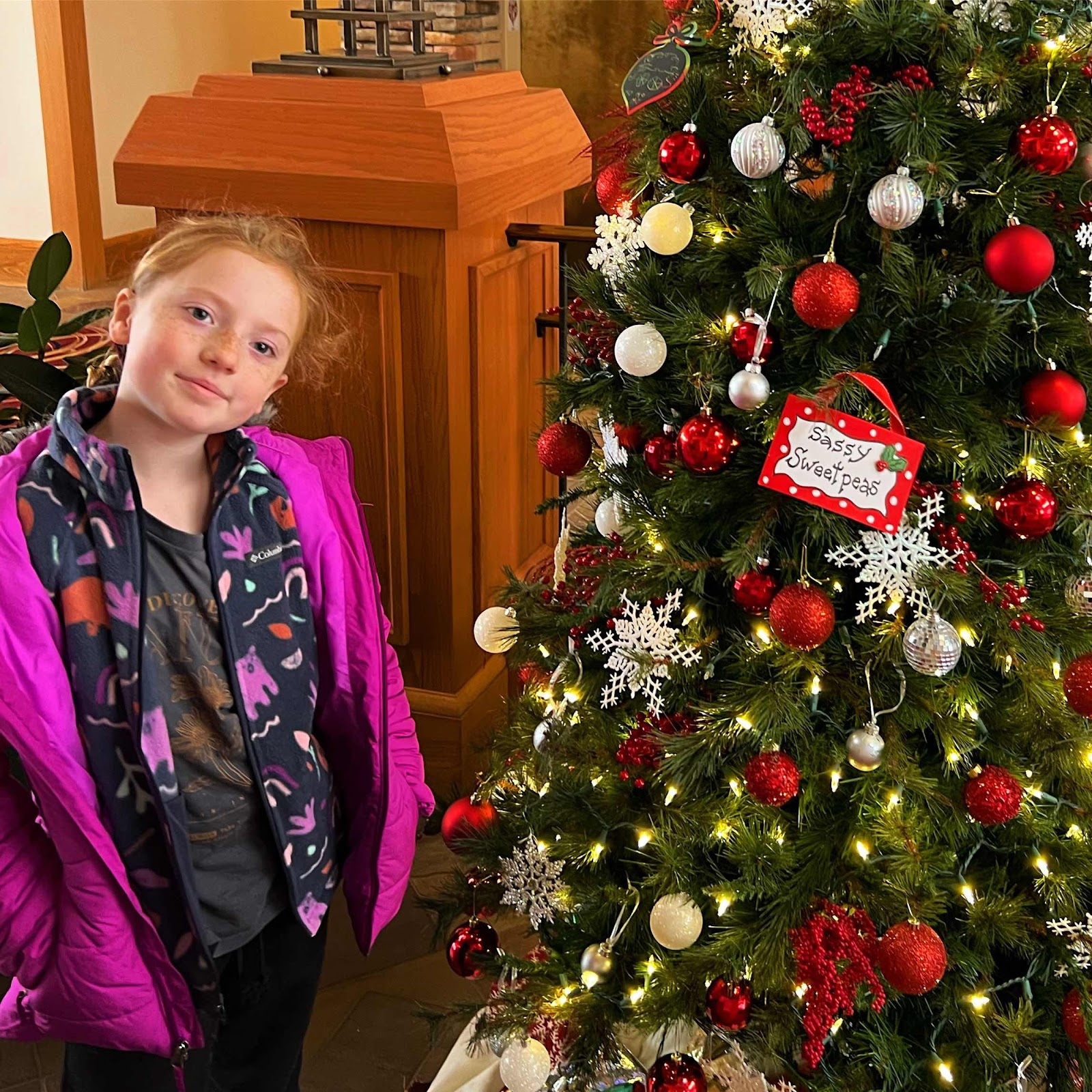 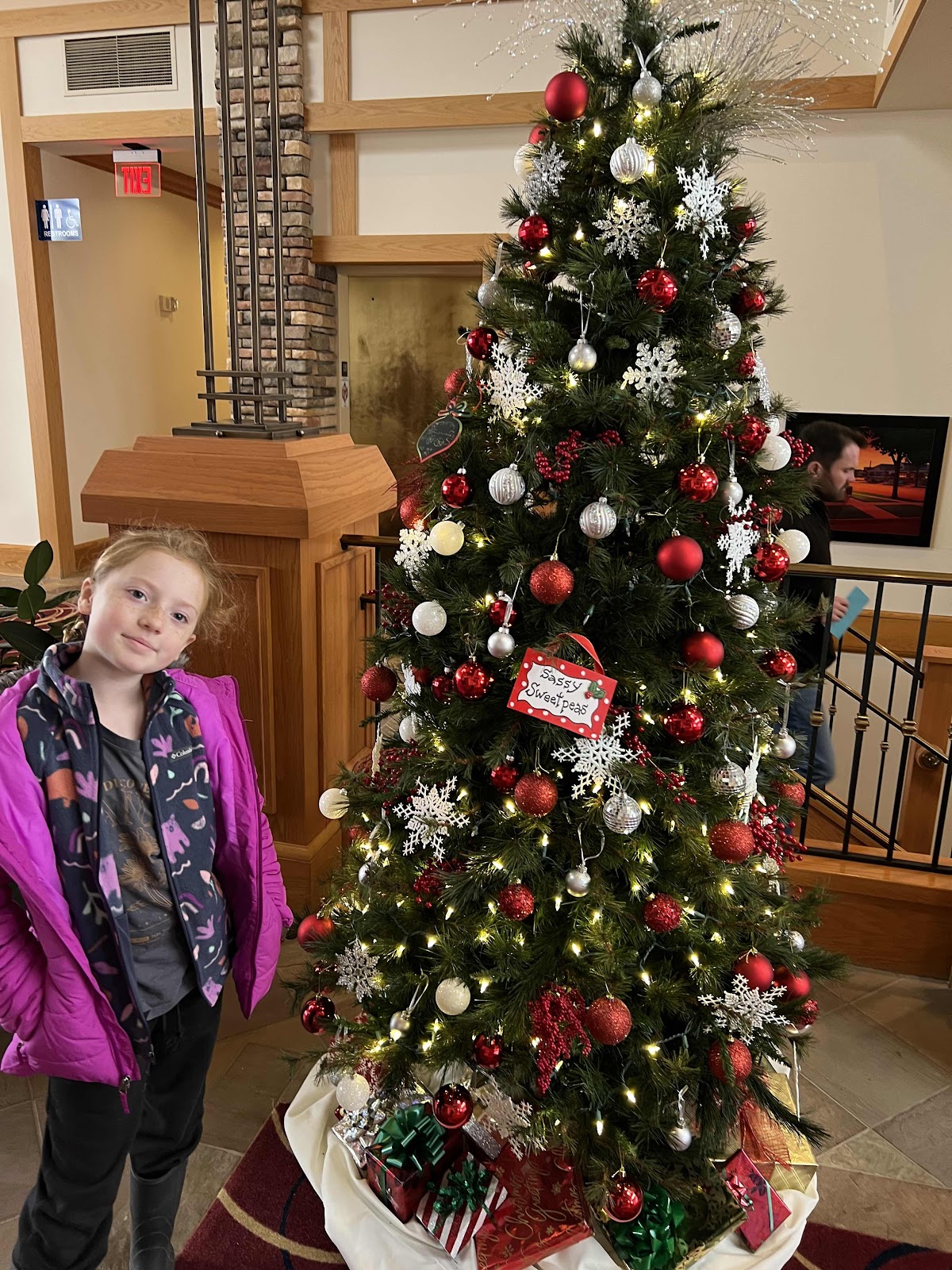 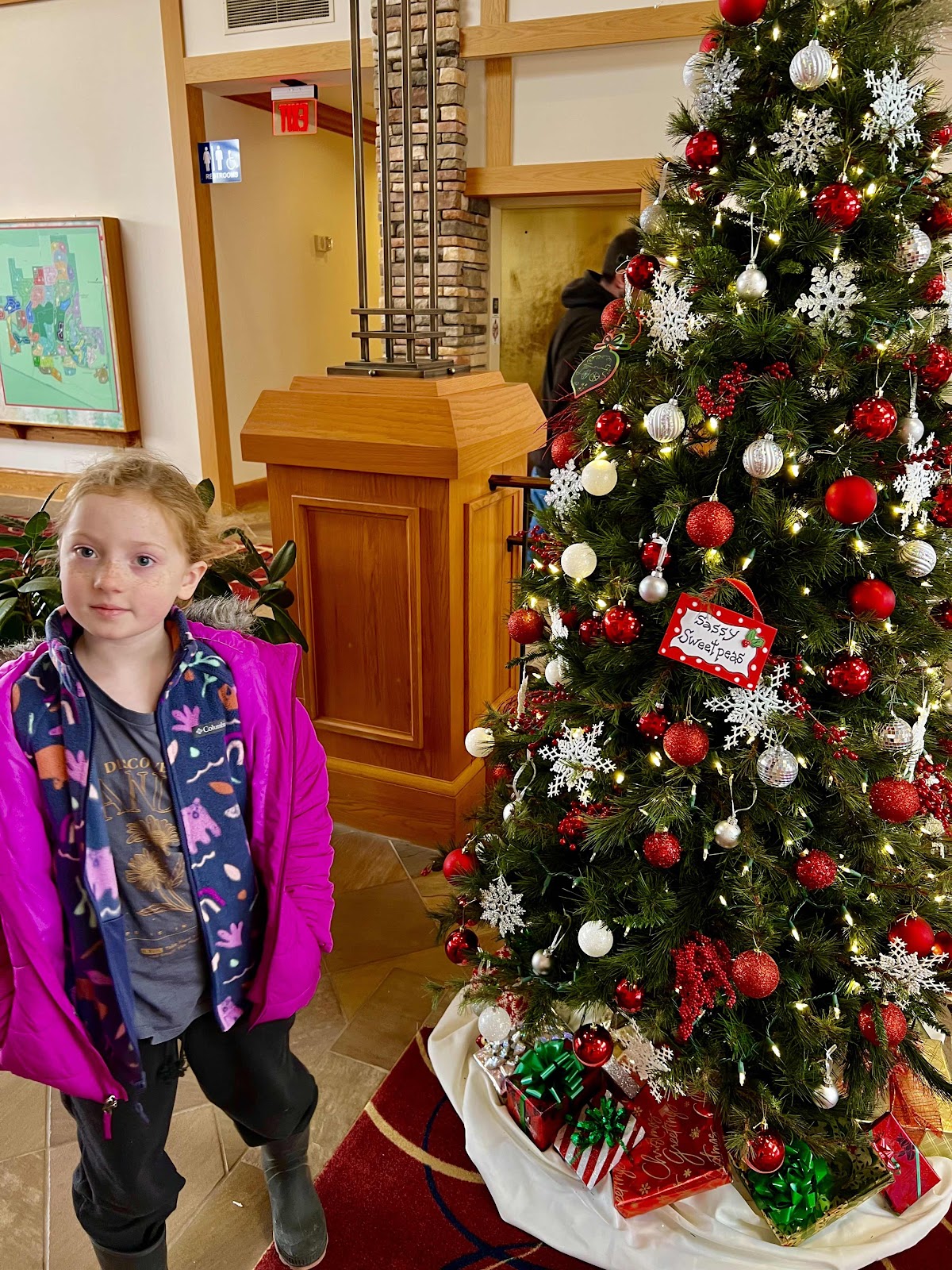 I guess I sounded pretty negative before but I actually am very grateful for my blessings. We have have 6 healthy adult children, twelve healthy grandchildren, healthy siblings. Mike’s  mom is eighty-four and doing okay despite her cancer treatment. We have all we need. I am so blessed for all I have and I’m absolutely sure I have an angel on my shoulder. She has saved my ass many times! 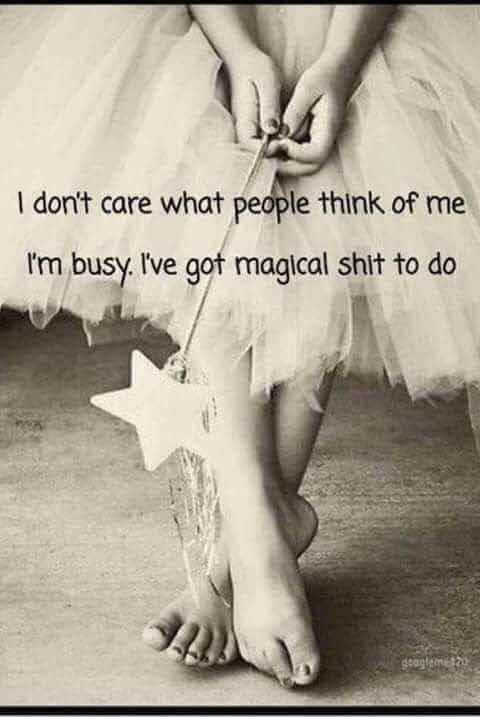 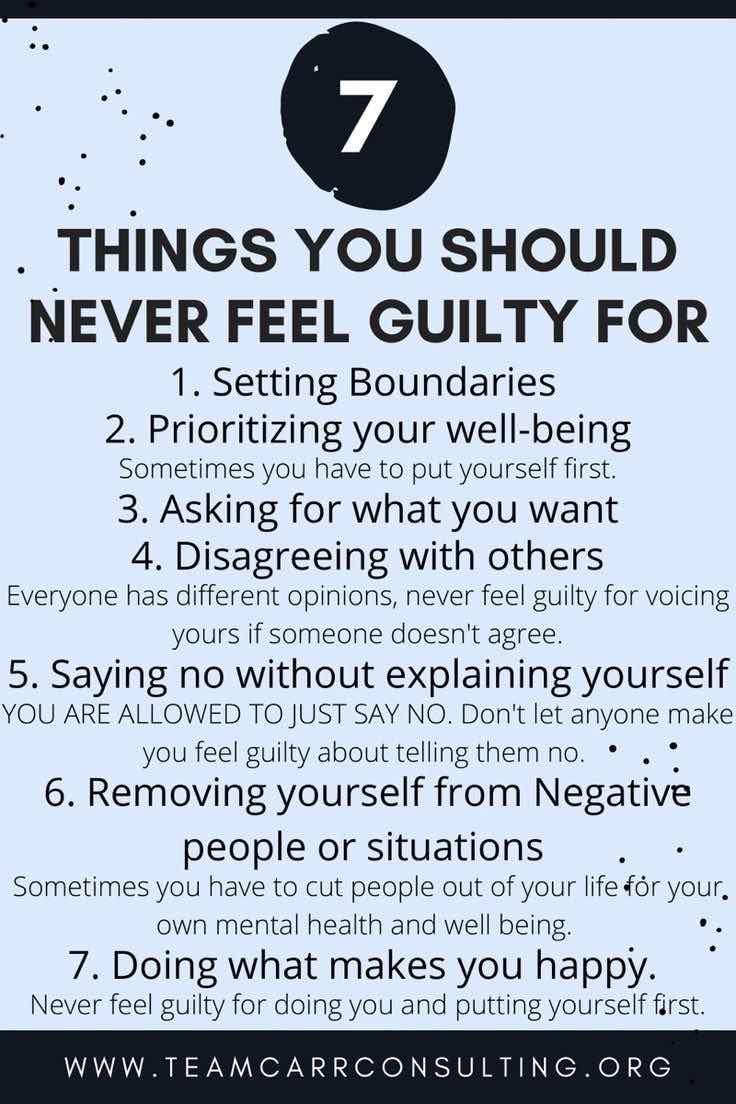 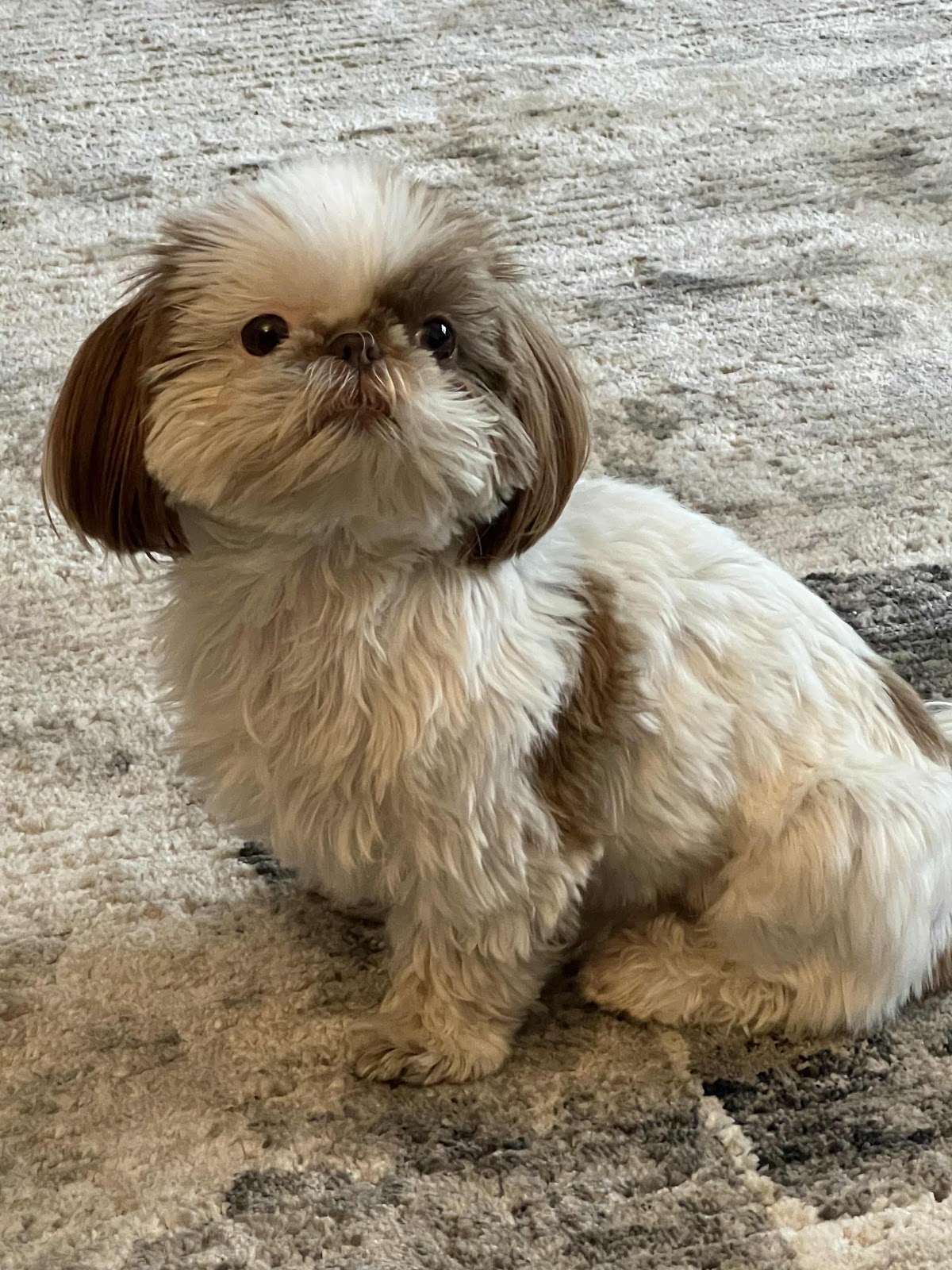 &&&&&&&&&&&&&&&&
12:18
Hennessy and I took Bitzi and delivered the gift bags with cookies we made to two neighbor ladies. I made a pot of chicken vegetable soup and it’s simmering on the stove. The Bears game is on. Mike is explaining football to Hennessy. I started watching Grumpy Old Men on my IPad with my headphones on. We’re going to the store after the game.
Tomorrow we’re going to my step sons house in Glen Ellen. Tuesday I’ll take Hennessy home to Norris and bring 3 of my grandsons home for a few days. 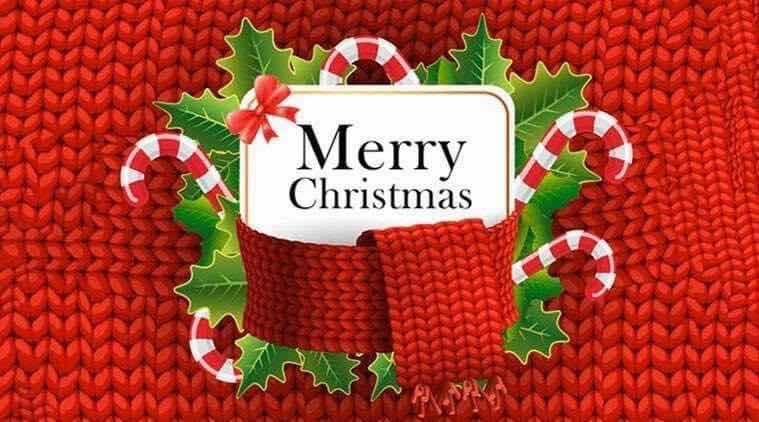 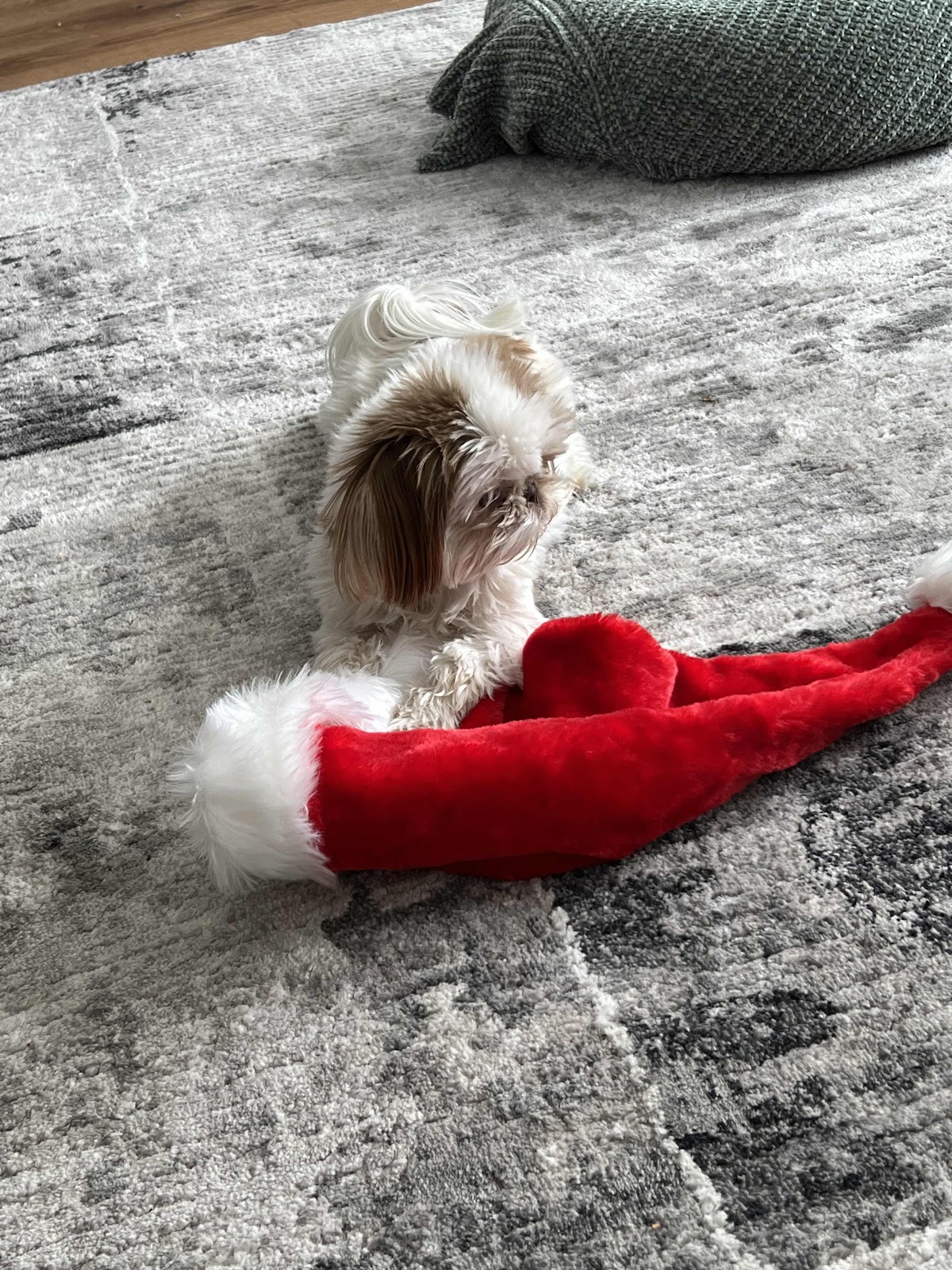 ¥¥¥¥¥¥¥¥¥¥¥¥¥¥¥¥¥¥¥¥¥¥¥¥¥¥¥¥¥¥
6pm
Henna is in the whirlpool tub. I just mixed up a batch of hash brown casserole and put it in the crockpot for morning. We went to a couple stores then came home and took the dog out several times trying to get her to do her business it’s no luck. She doesn’t like the cold weather. It’s a problem.
- December 24, 2022 No comments:
Email ThisBlogThis!Share to TwitterShare to FacebookShare to Pinterest
Labels: #abrasivelycold, #chicagowinters, #christmas, #december22, #family, #familylove, #grandkids, #holidays

Somehow I just deleted everything I had typed. I am so rusty typing, especially on this small new iPad keyboard. It’s early morning and no one else is awake. Hennessy came home with me yesterday and she’s still sleeping in the spare bedroom and Mike is sleeping. in our bedroom. It’s cold and the house is chilly. We’re supposed to get a snowstorm with blizzard conditions and dropping temperatures starting later this morning. I have to go to cardiac rehab at 9:1  and then I have four days off and need to find a way to exercise.
Christmas is in three days and I need to decide what I’m cooking so I can shop for the stuff but  so far I haven’t. I’d better hurry up or it will be much harder. I guests I should go today.
I have no clue why there is this gray dot floating around on my screen—no it’s not a floater in my field of vision, it’s an actual gray dot. I must have accidentally hit some key to put on some feature of the keyboard I don’t know about.  Speaking about that, Tuesday was the first day of me taking my new Honda Passport for a long drive by myself . We bought it in November and I’ve driven it around the neighborhood quite a bit but whenMike and I go out he usually insists on driving so until Tuesday I hadn’t’t put gas in it or knew a bunch of the buttons and controls. It has lots of new bells and whistles on it so that was interesting. It drives like a dream on the interstate. It feels so solid and stable and smooth- much better than my other cars. I’m happy with it. Yeah, for my birthday we got the new car and new iPad.
I’ve been trying to  cut down on exposure to crowds lately with all the colds, flus, Covid, RSV going around. I’ve been on several new prescription meds since the heart attack in  OSeptember and I don’t want to get sick and take more meds and get my health knocked down even more.
Shortly I have to get dressed and try to wake up Henna and get her some breakfast. I need to leave here around 9 to drive the 2 miles to the hospital rehab building. I always feel better after .I go . I should have been exercising like this long ago. Things always come up and get in the way. It’s all about priorities.  Exercise has to come first.
I still don’t know what the floating gray dot it. I don’t remember seeing it when I tested the keyboard before. Now the bold control keeps coming on randomly. I have got to get used to this keyboard!  Okay, face it-I’m old and out of the loop.
I’m not up on all the rapidly changing devices and technology……Sheesh…. 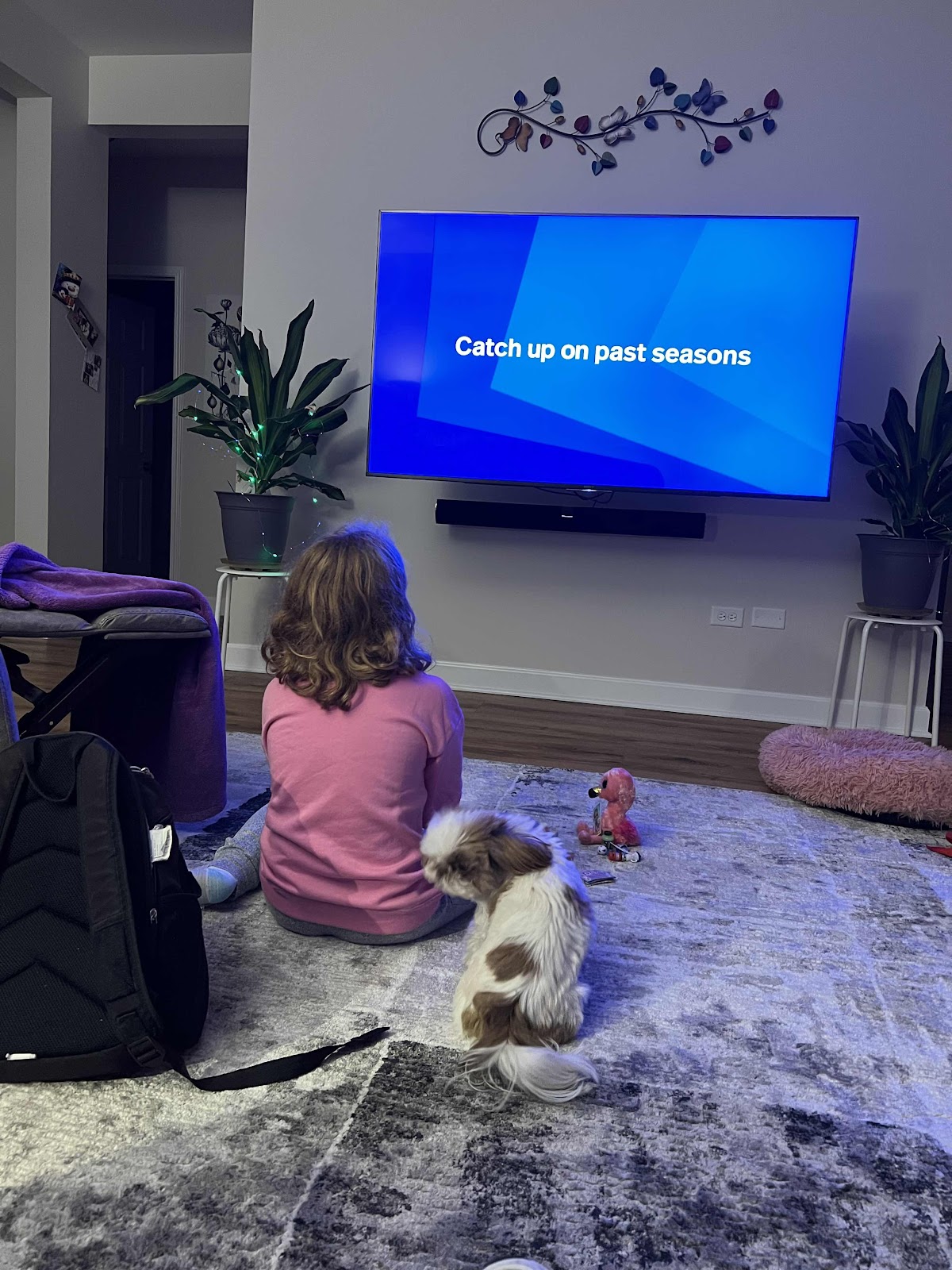 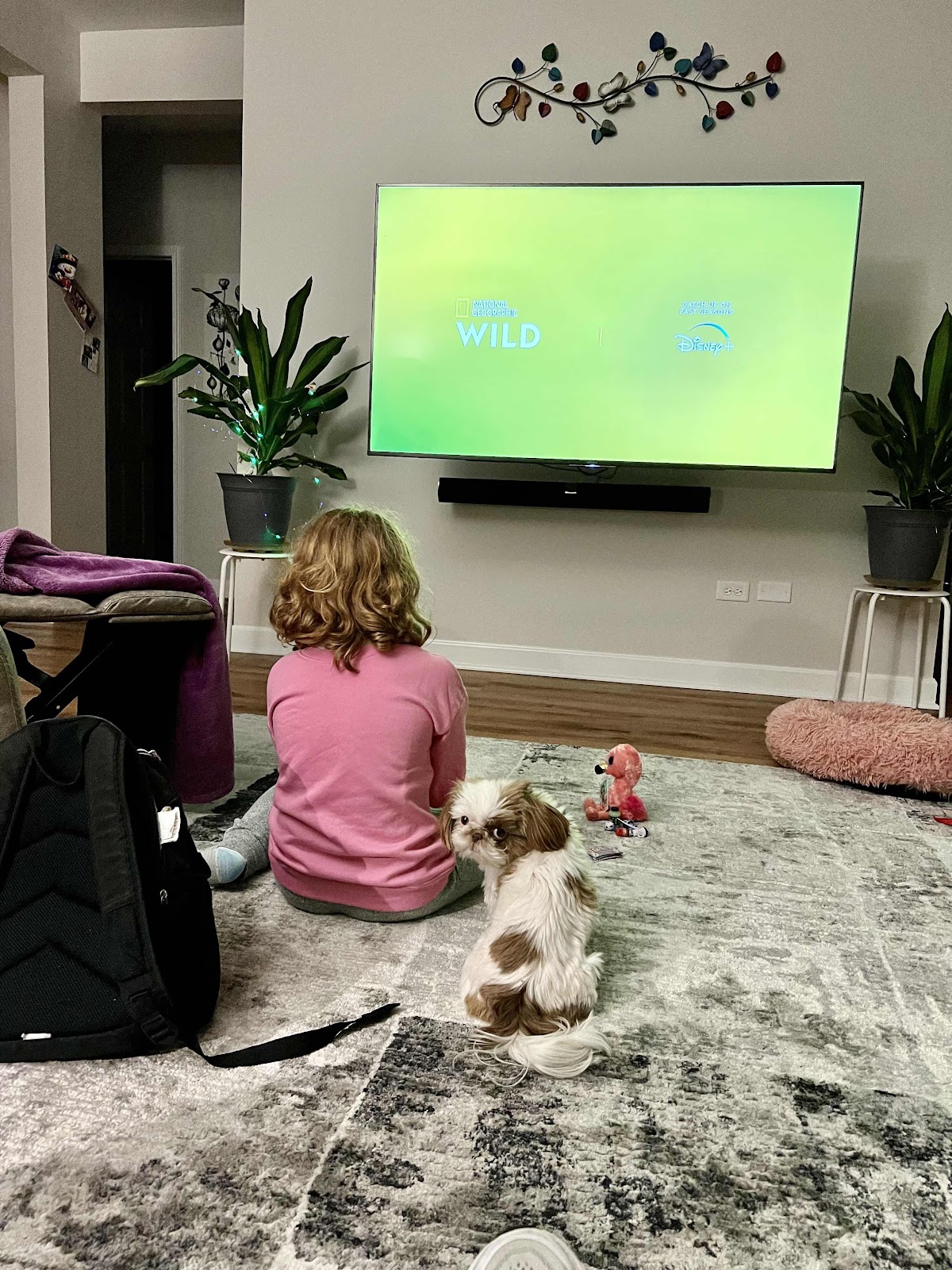 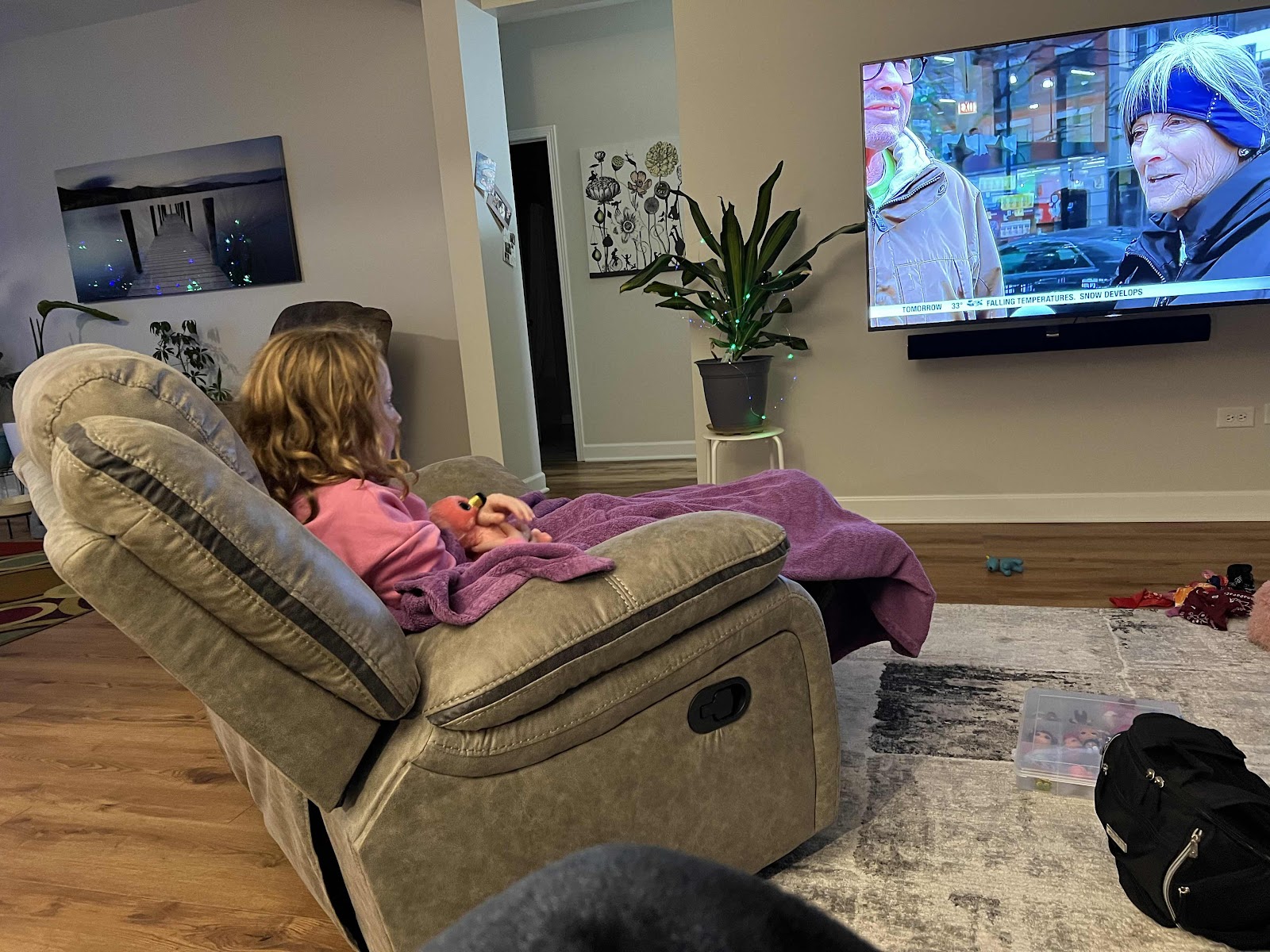 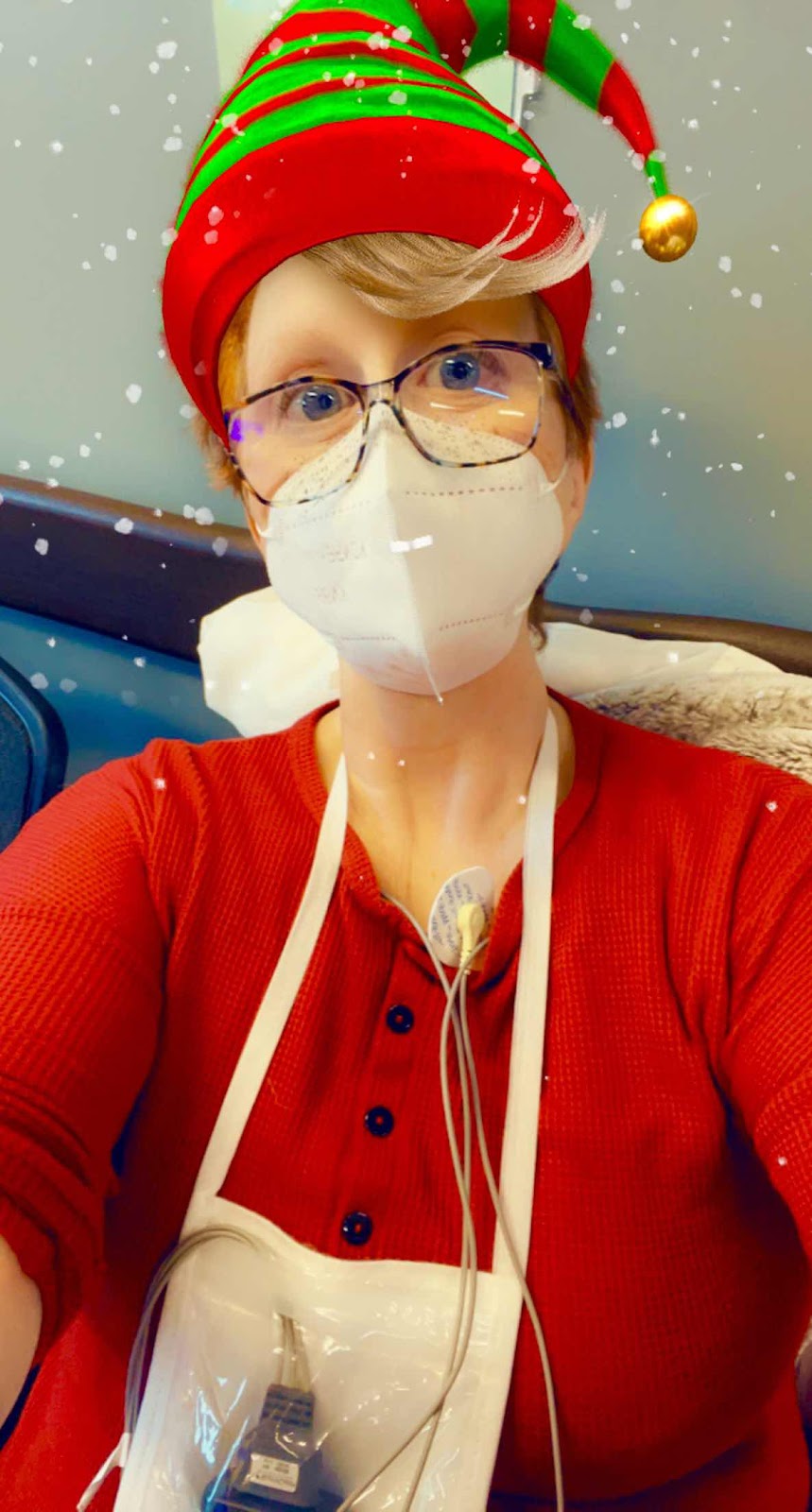 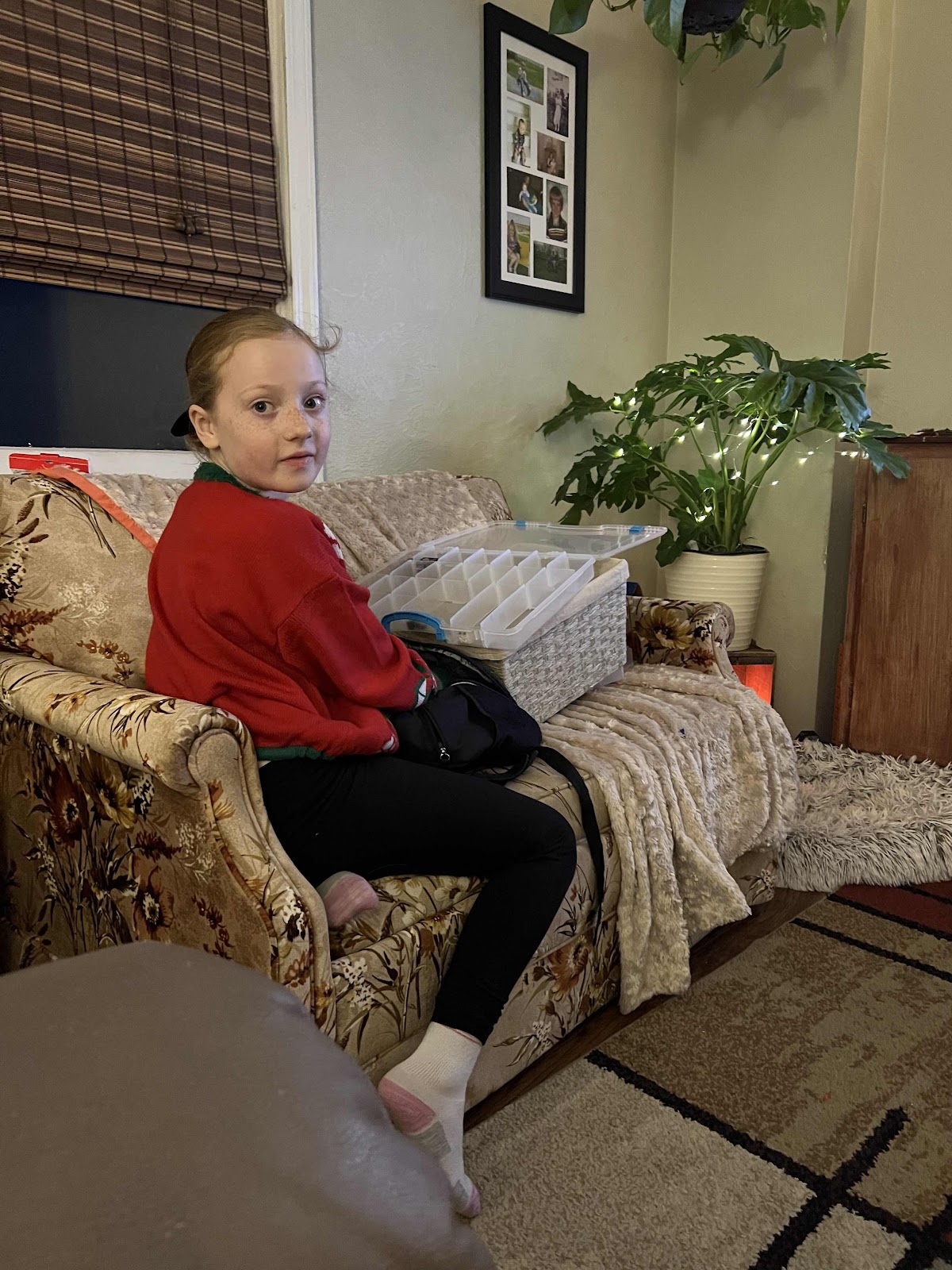 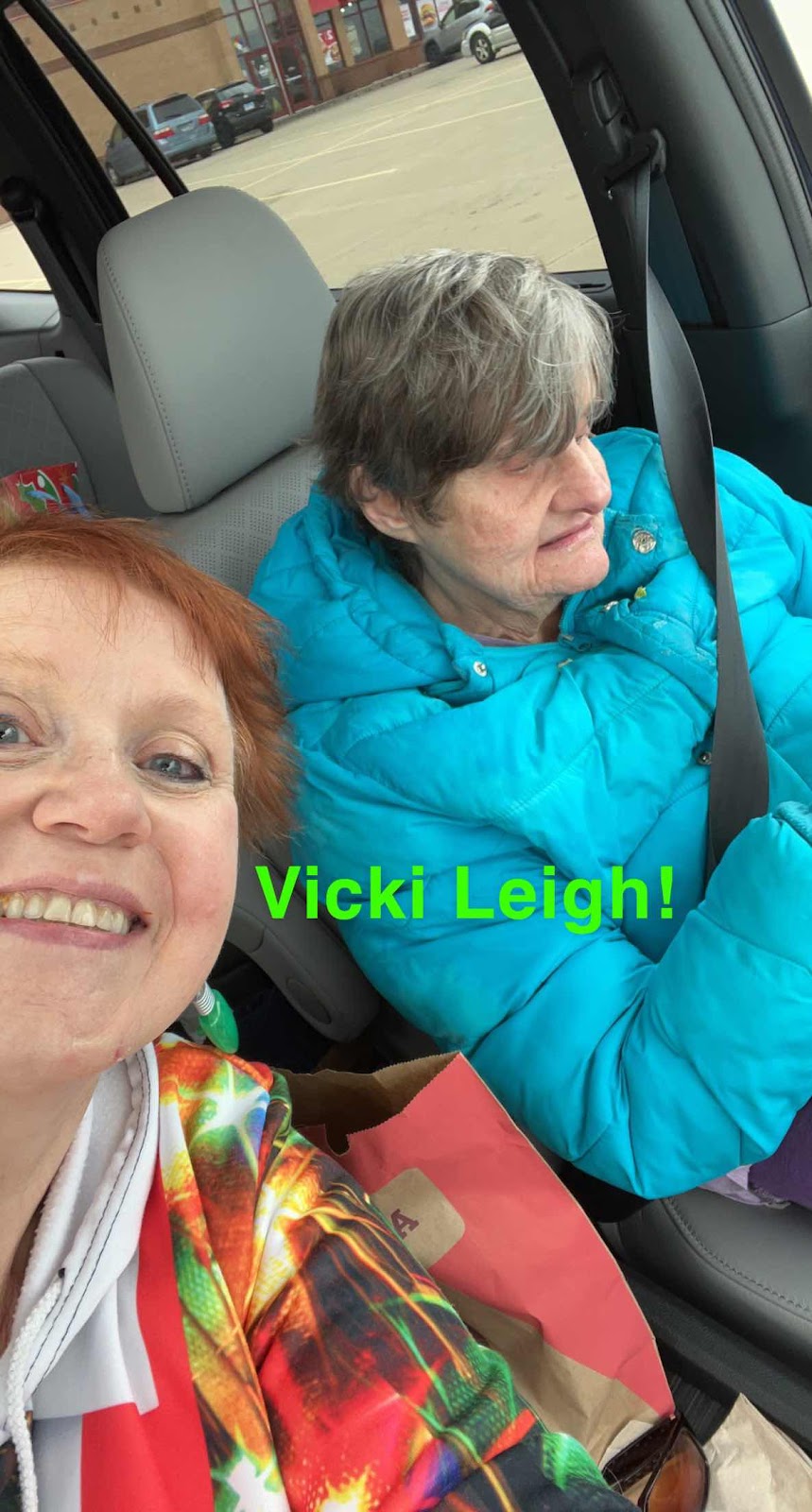 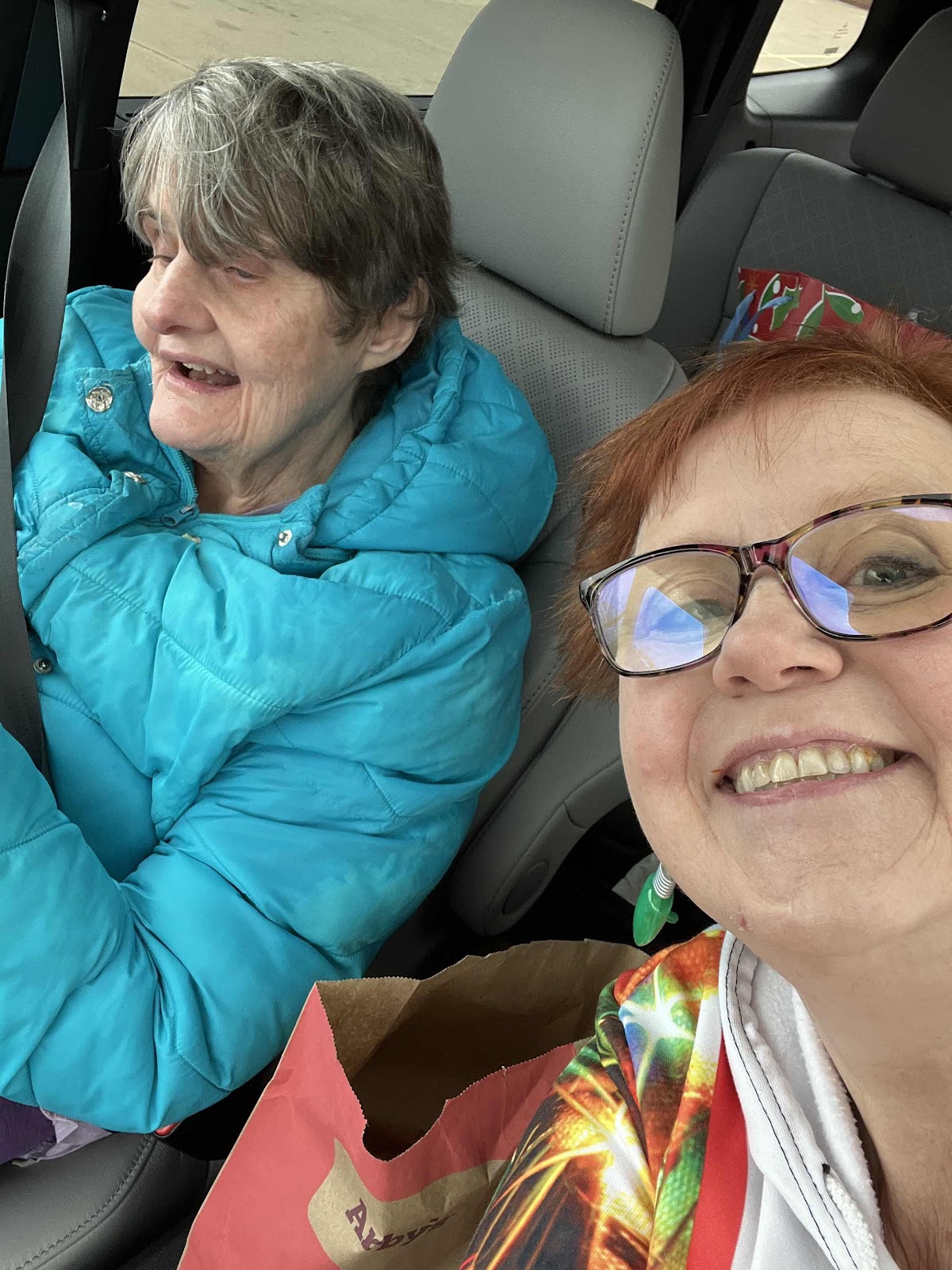 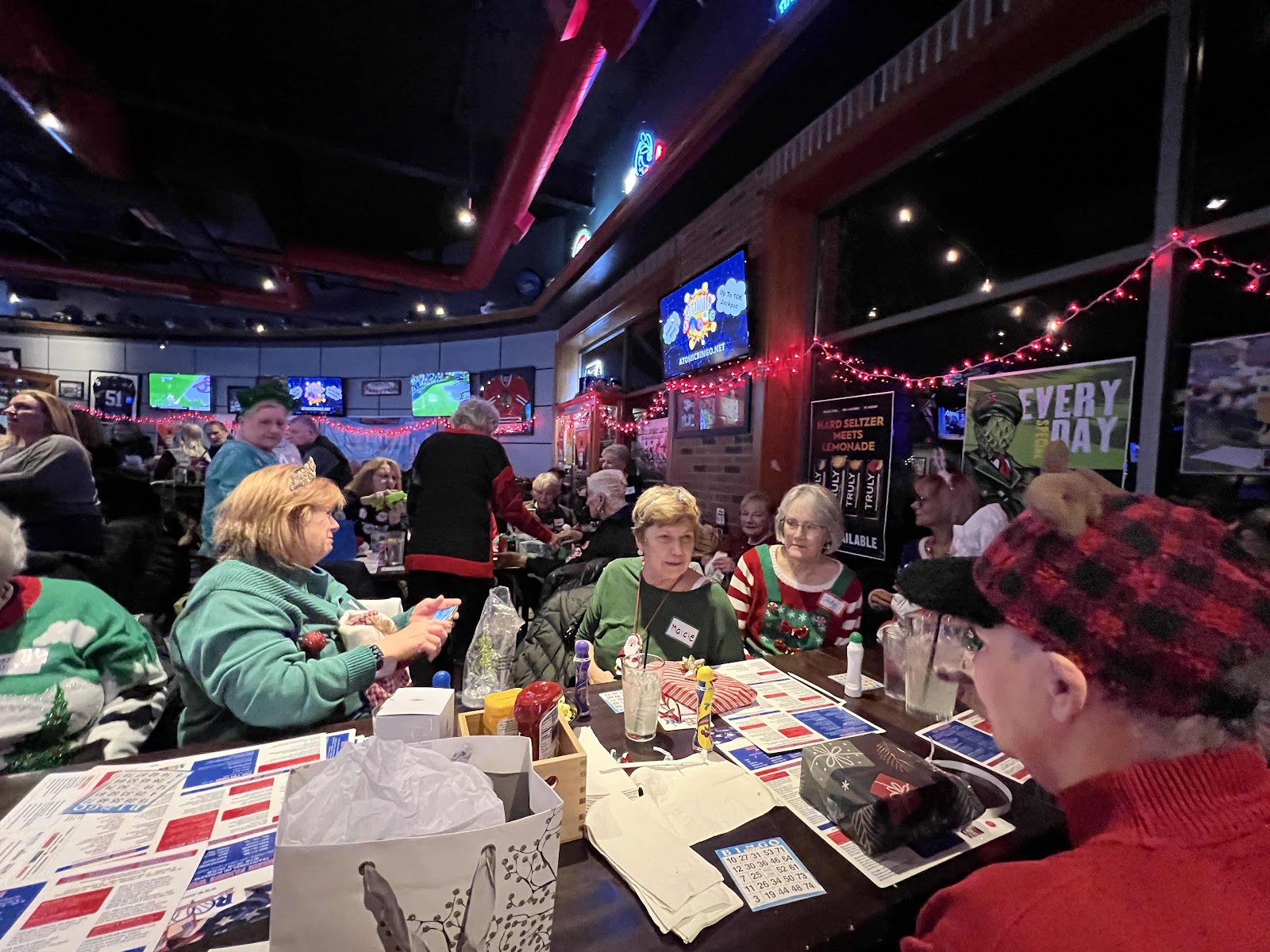 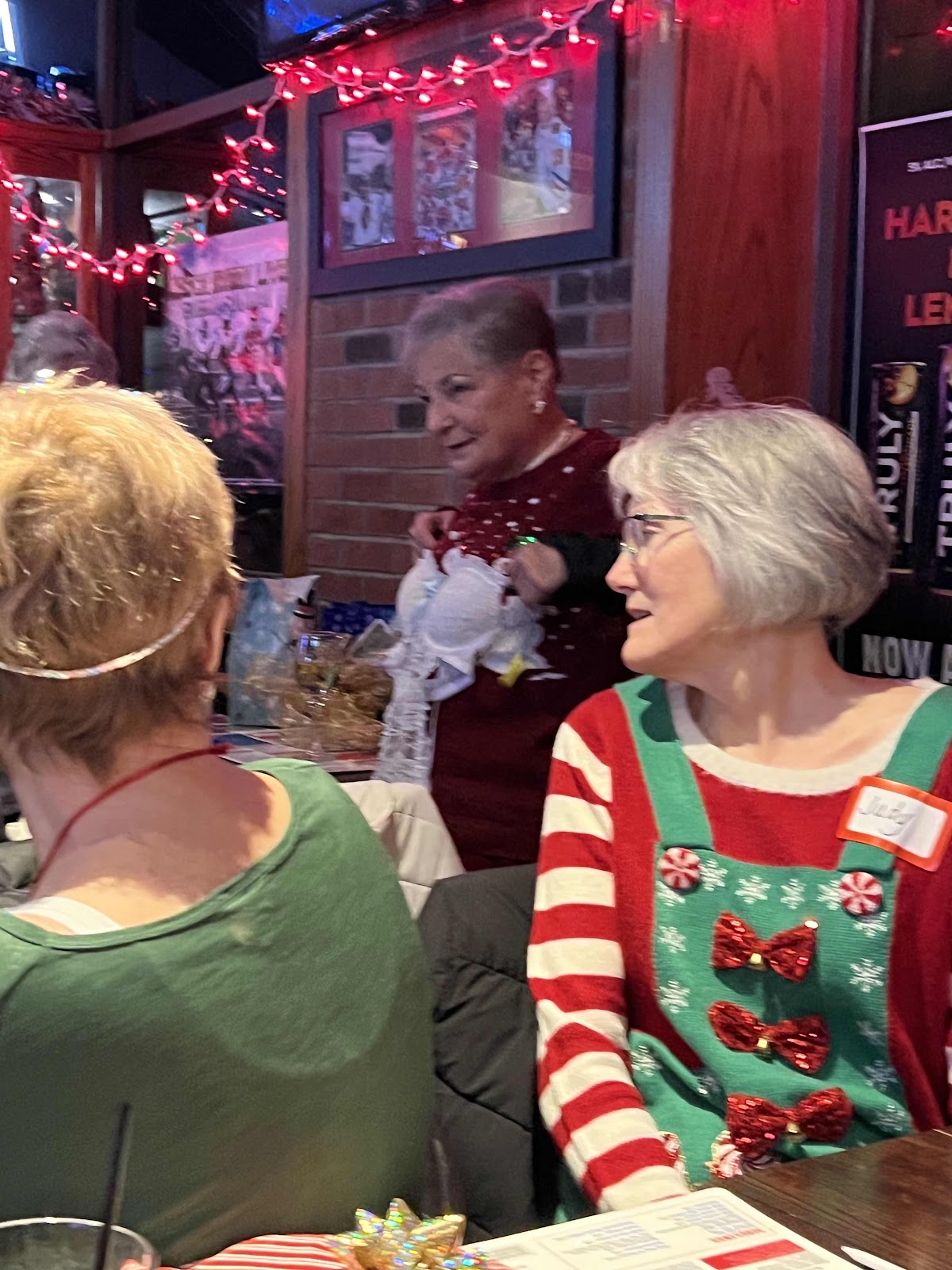 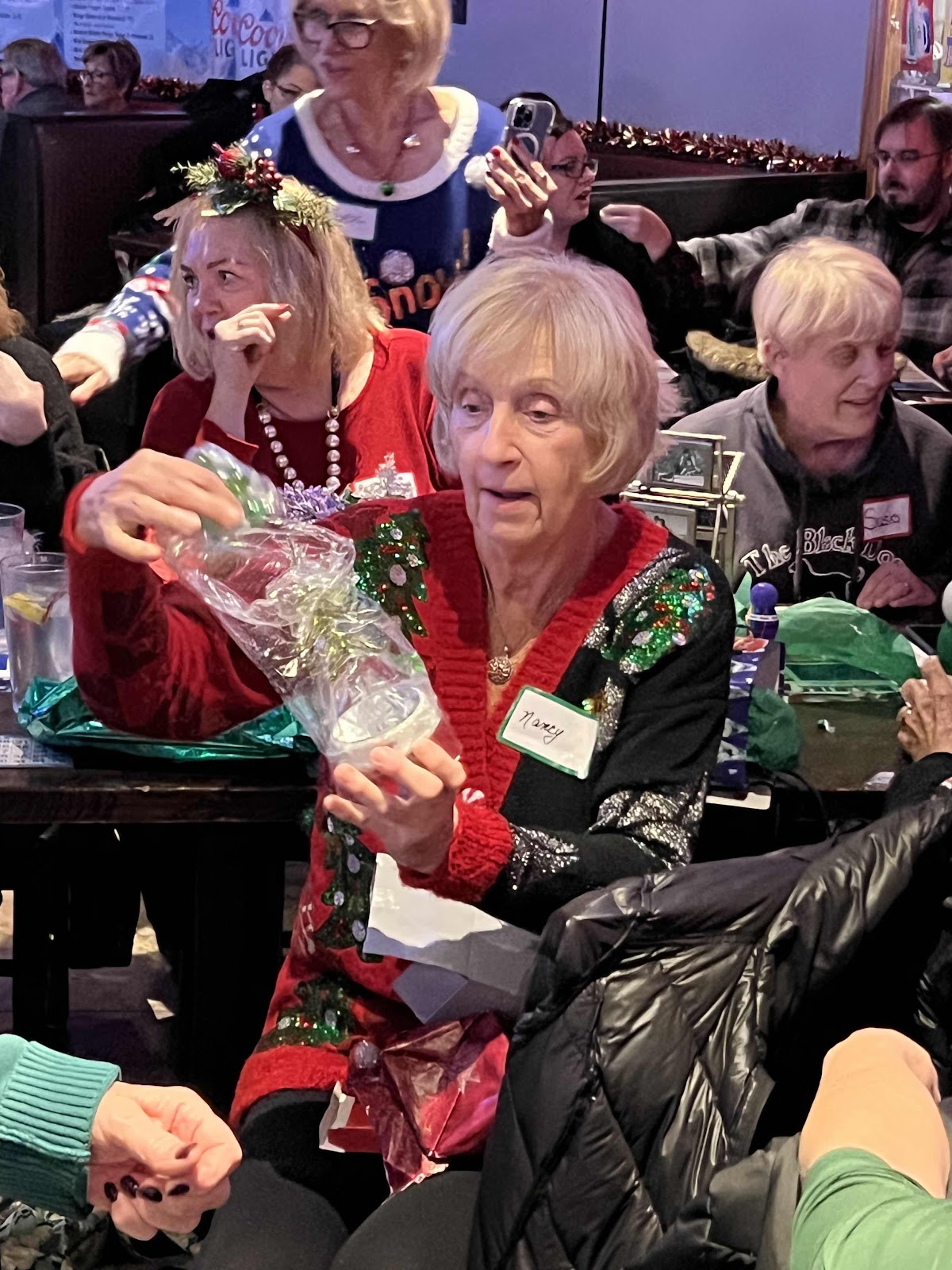 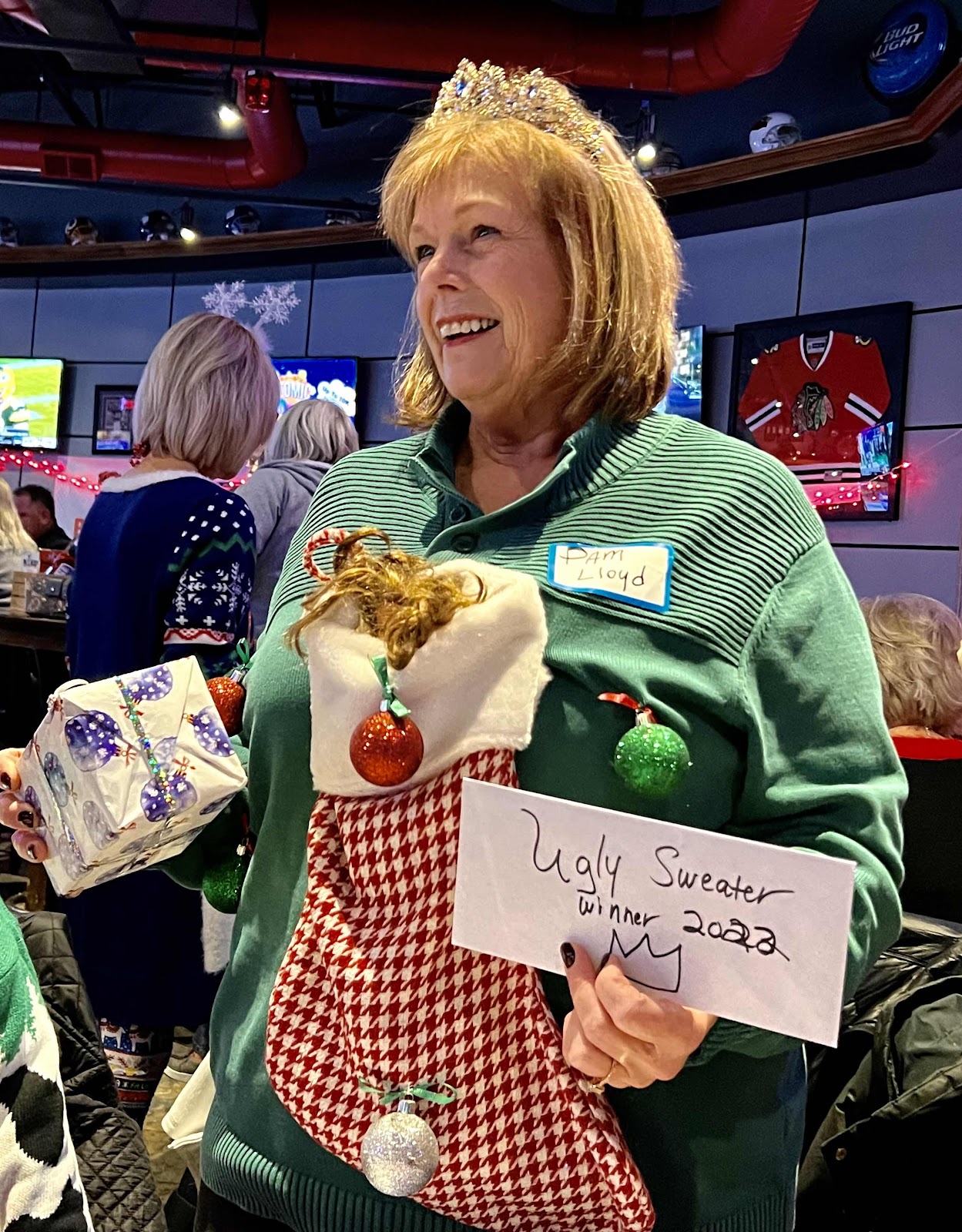 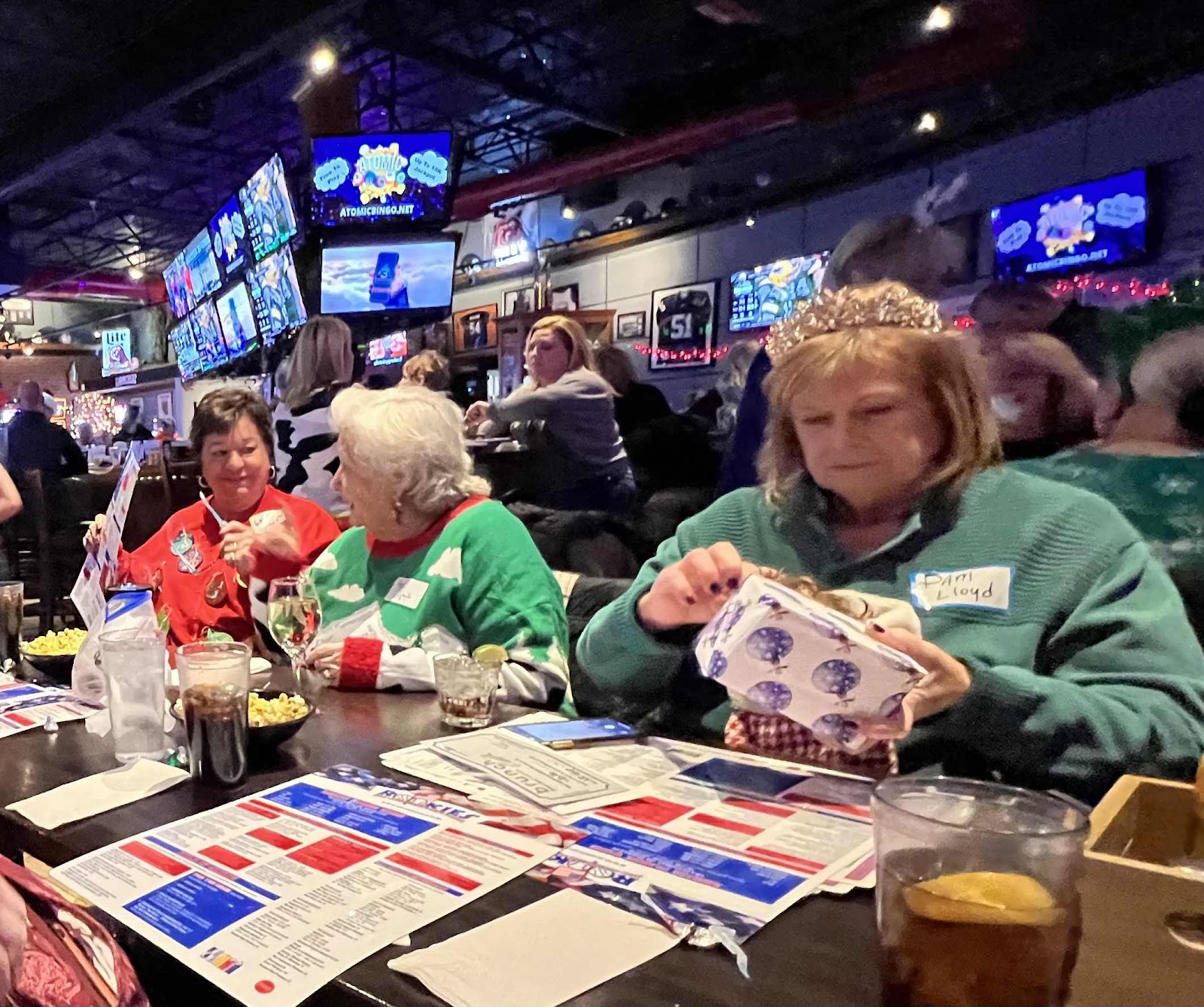 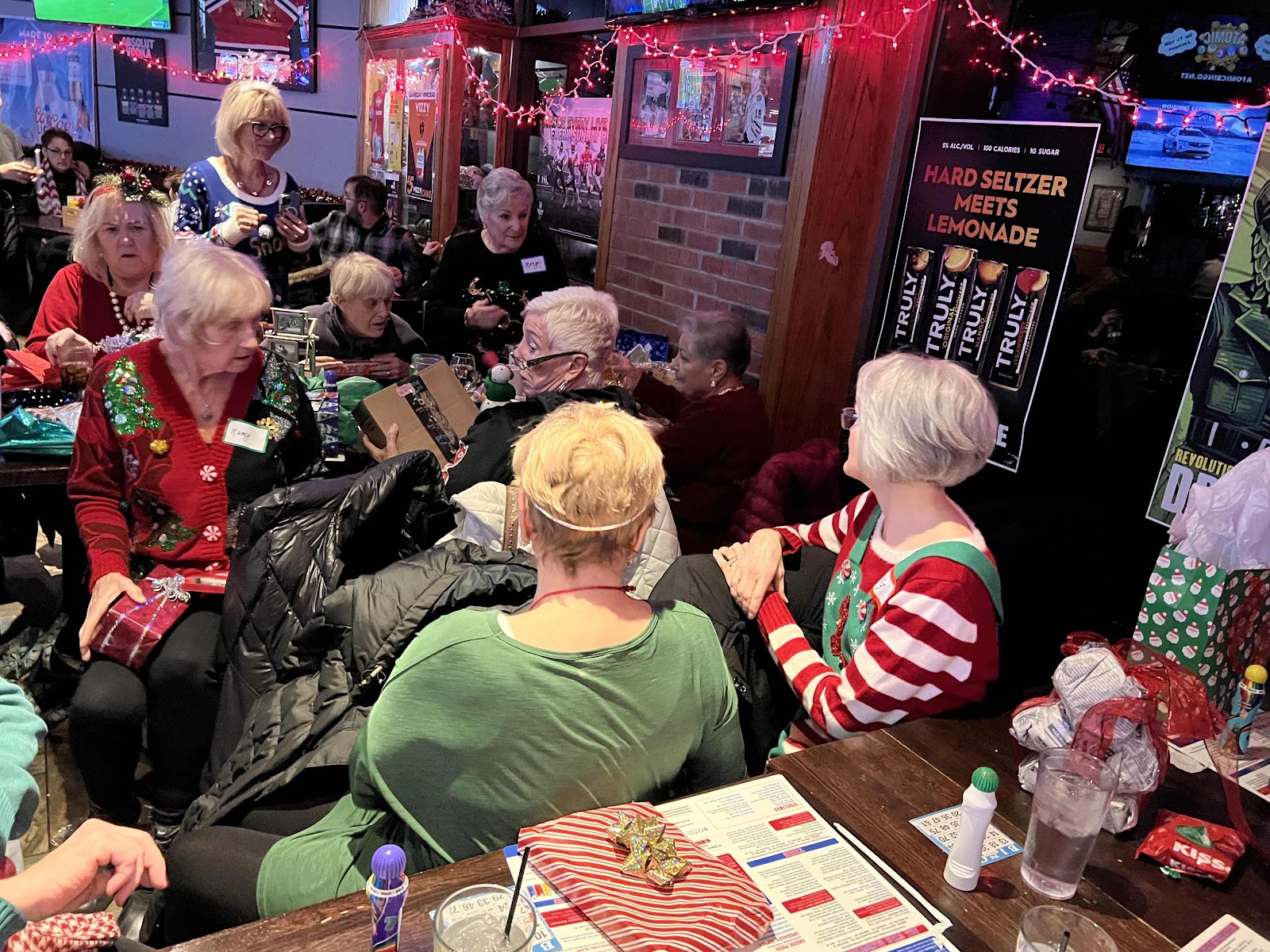 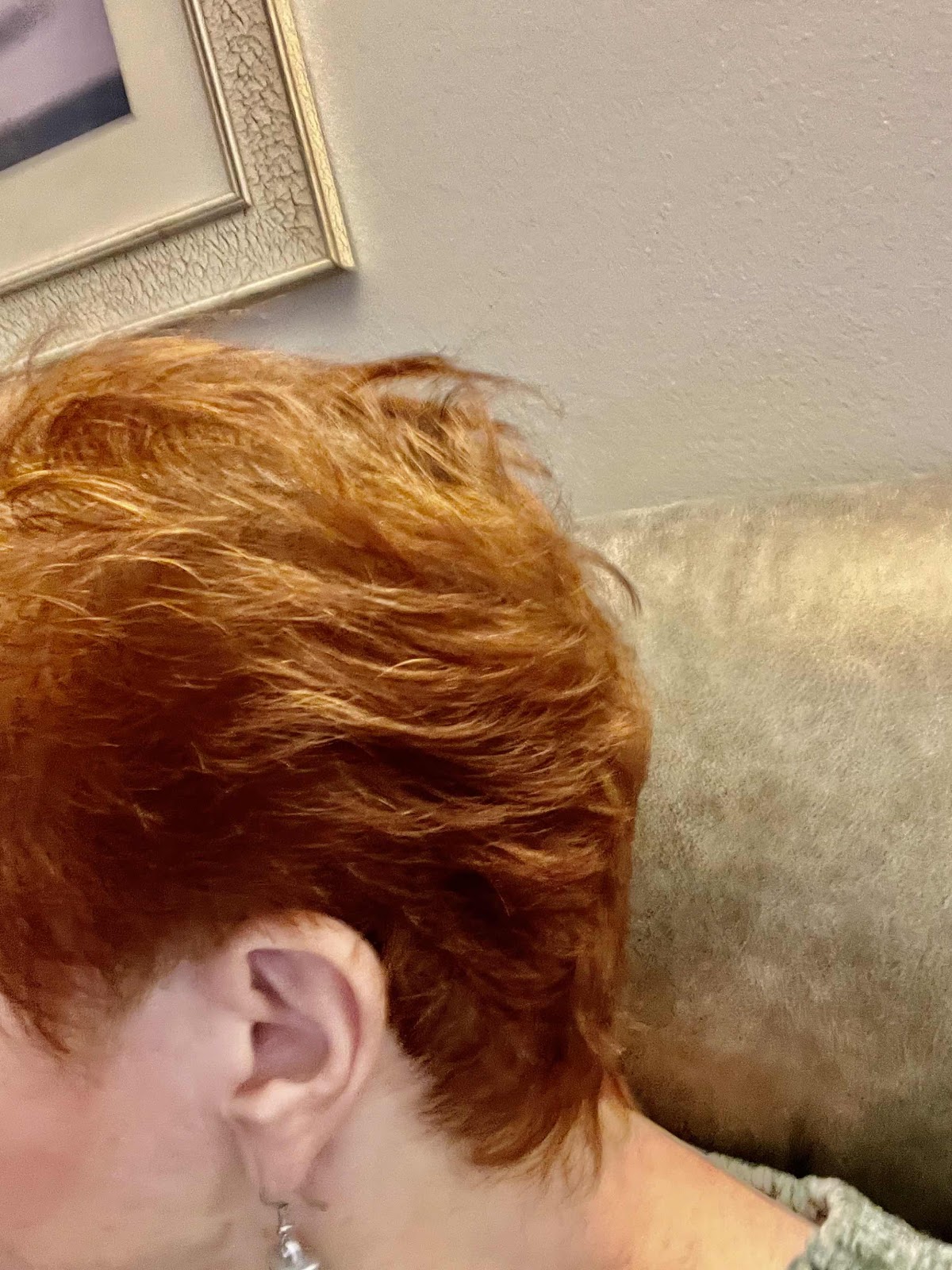 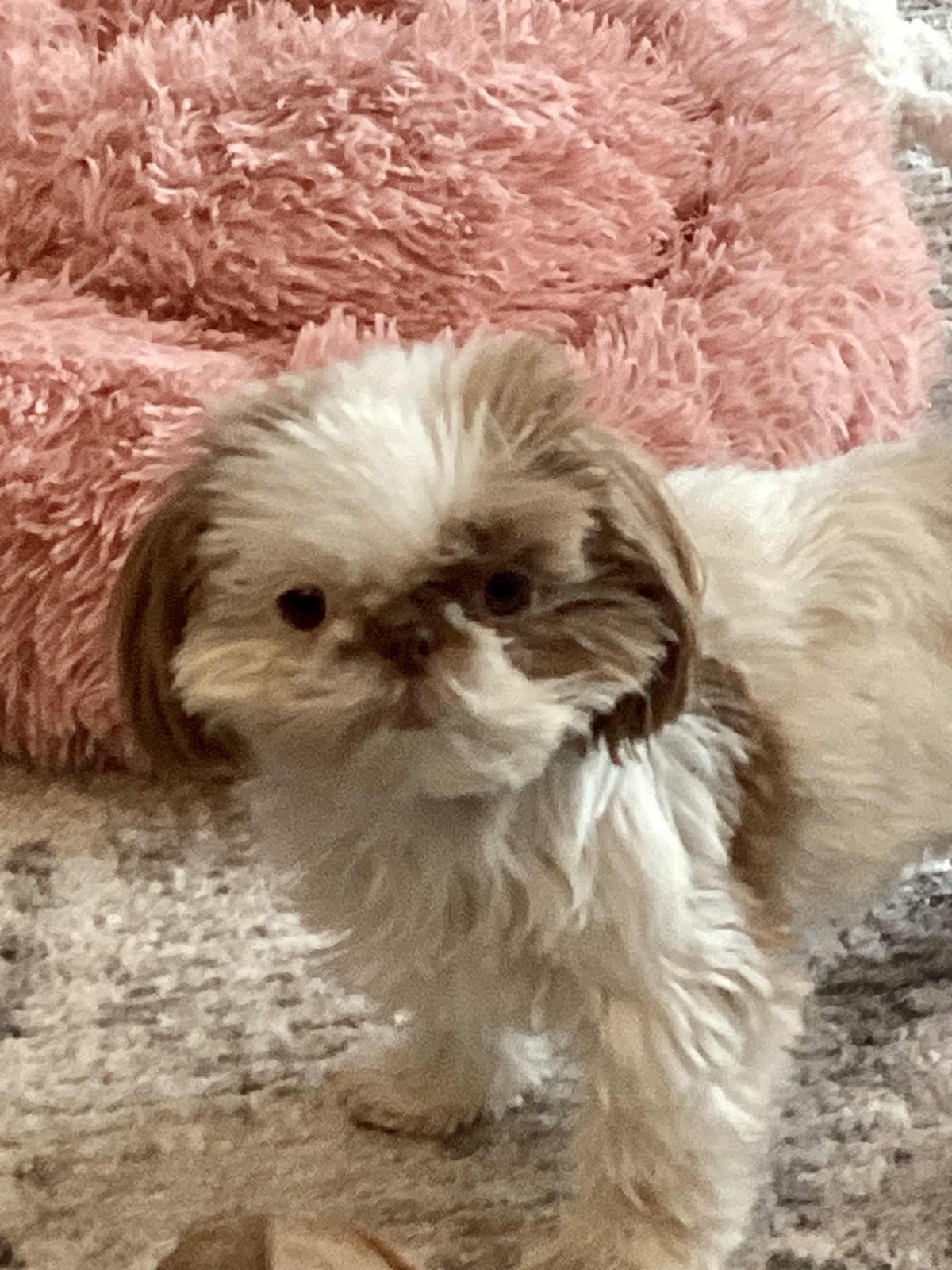 Good morning. I’m sitting on the couch in the living room. I ate a little of my oatmeal- chia seeds- hemp hearts-peanut butter- mixed berries concoction. It exploded in the microwave while warming it up for the second day in a row. I usually make a big batch of it in a saucepan on the stove then store it in a container in the fridge so I can just scoop some out and warm it up quickly. I feed on it for days. Mike won’t come near it so it’s all mine. Yesterday ,being , Thanksgiving , I didn’t have to go to cardiac rehab so I walked a couple times. Mike and I stayed home and just made some nice pasta and a salad. That was fine. I did a lot of reflection and gave thanks for my blessings all day.
Tomorrow we’re going to my sister’s for a big Thanksgiving get together. I have to make stuff today to bring tomorrow. I have to work out today. I have chorus and band rehearsals next week, I’m hosting ladies’ BUNCO night Thursday, Friday is the chorus dress rehearsal and Saturday is the concert. The next week is even busier. I don’t have any of the Christmas decorations down out of the garage ceiling shelf. There’s a lot to do and Mike helps very little. It’s like pushing a huge boulder up a steep hill. There are still 2 IKEA lamps sitting in boxes on the chair in the front room. He’s been going to put them together for weeks and there they sit but he’s dealing with bigger issues.  His mother continues to worsen with her health ( lung/ brain cancer),  memory and depression. She is dragging her feet more and more about treatment and wanting to isolate and talking about dying. Mike tries his best to communicate with her doctor and nurse and make sure she’s at her appointments. He and his siblings communicate and coordinate with their mothers needs and care but Mike does the most.
I’m considering auditioning for our community’s spring musical. I have never been on stage in a play or musical- only in the orchestra pit. I’m still waffling. I’m scared and my low vision, chronic respiratory congestion and weakened immune system are holding me back. Auditions are in January. A friend of mine from chorus was just in a production of “ Anything Goes” which inspired me to think about trying it. This whole heart attack / artery blockage thing has changed my outlook. I’m cutting out all the bullshit stuff and people and directing my energy to what brings me joy and lifts me up. I’m swimming toward the sunshine and happiness.
I’m sick of the commercialism of everyday life. Now it’s way worse with the holidays! I feel like I’m constantly bombarded by ads and offers and schemes in my unending emails, calls and social media feeds. I have all that I need and I’m sick of companies trying to worm their way into my pockets! I’m holding up my minimalist shield to keep them back!
I have to finish drinking my coffee then go get dressed and take Bitzi out for her morning walk. Then I’ll probably go to the lodge and use the weight machines and do my pool workout. I need to practice my band and chorus music for the upcoming concerts then get the Christmas stuff out and sorted. 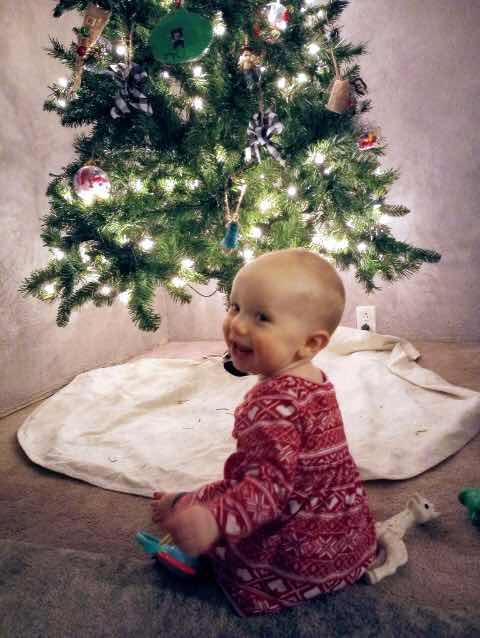 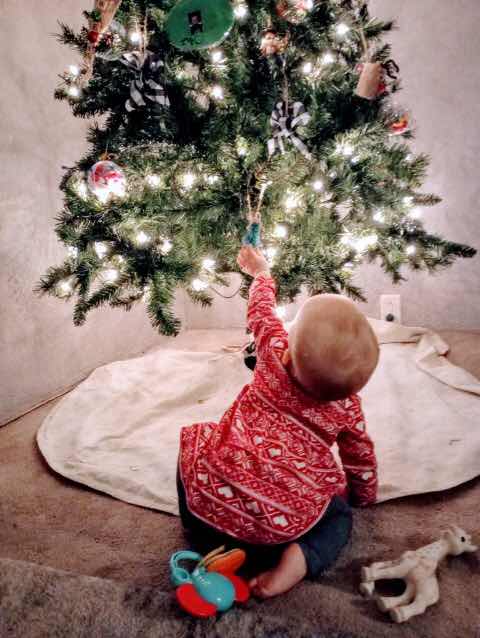 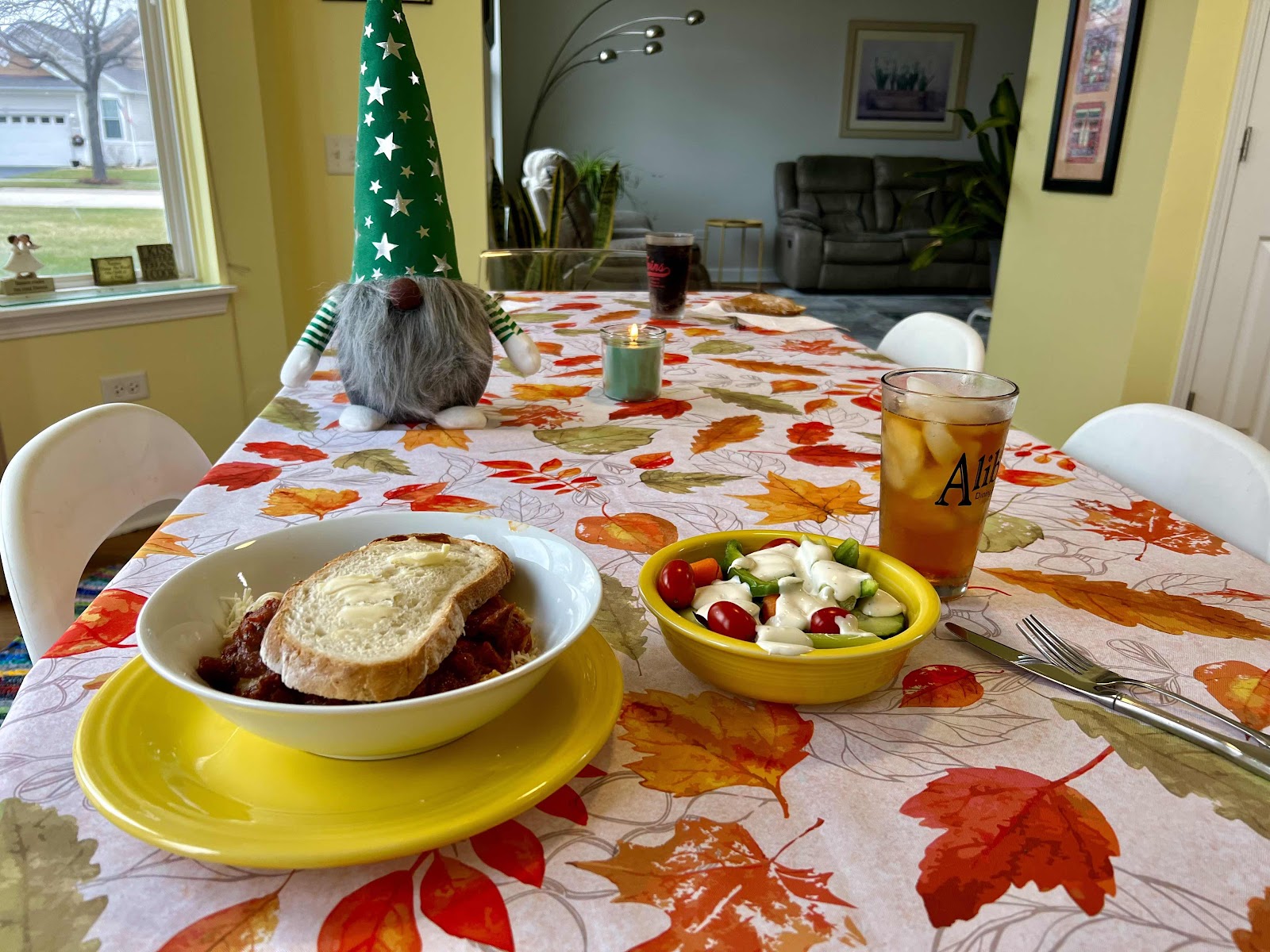 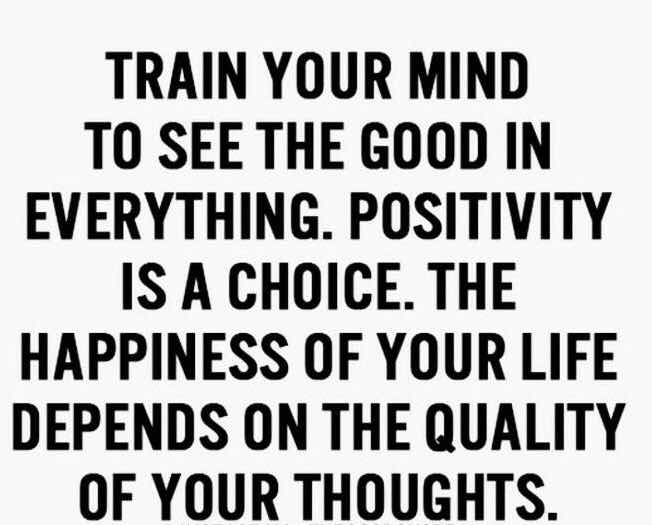 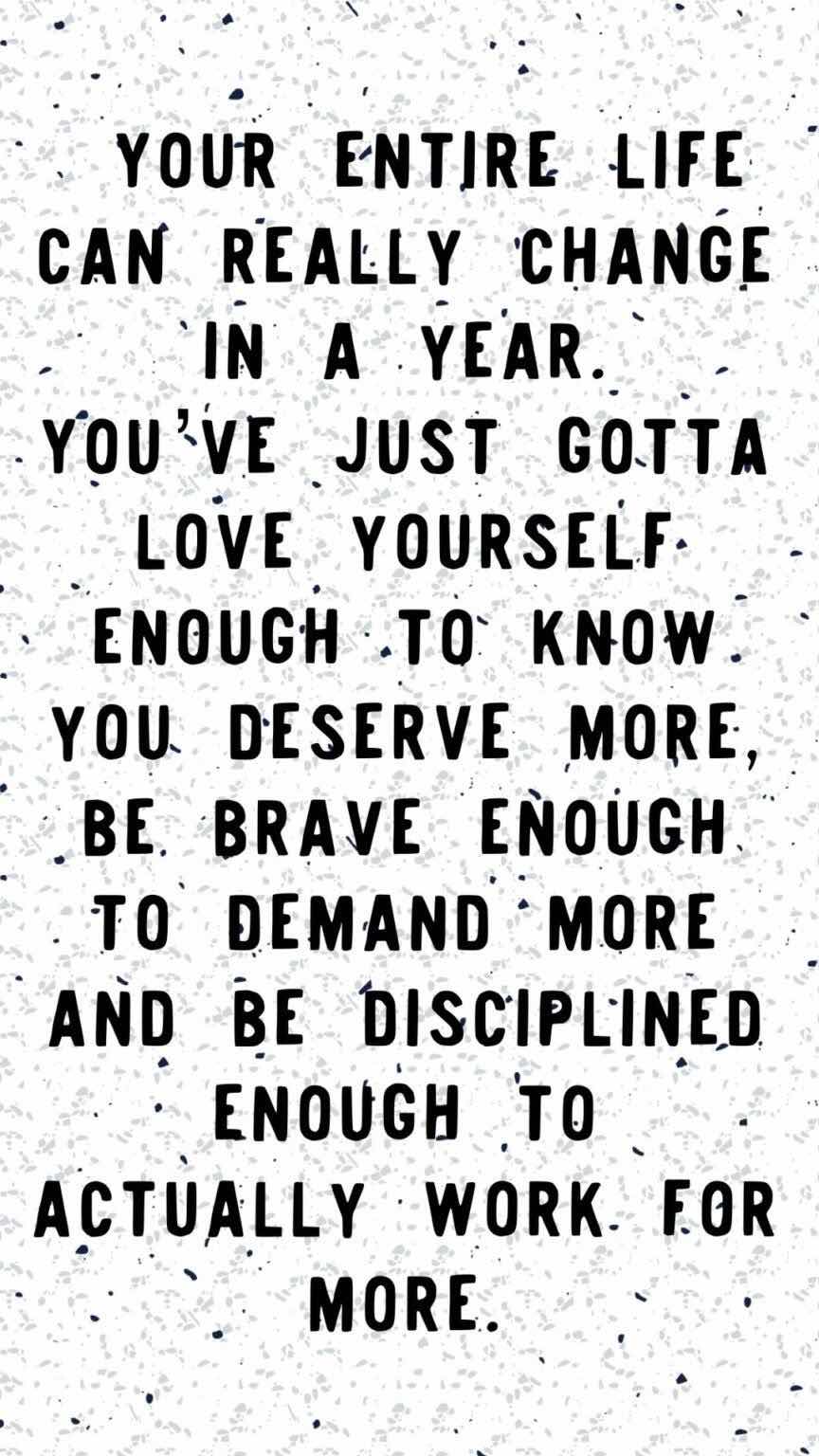 I got a new iPad on sale at Costco! It’s awesome and I just got it set up and just ordered a keyboard case. I’m giving Sarah my old one which is still in good working order but over five years old. I made some cookies to take tomorrow and am going to the gym and pool.
My friend Marilyn has stage 4 liposarcoma. The chemo didn’t work. She was supposed to have surgery to try to buy her time but now she has the RSV virus and has the surgery postponed weeks. She has made all her funeral arrangements.
- November 25, 2022 No comments:
Email ThisBlogThis!Share to TwitterShare to FacebookShare to Pinterest
Labels: #familylove, #healthylifestyle, #holidays, #November, #patience, #stayingalive
Older Posts Home
Subscribe to: Posts (Atom)

Sandy
Hello! Thank you for stopping by my blog. I am a 2x Brain / eye cancer, stem cell transplant, heart attack survivor and just shocked and happy to be alive. I am visually impaired from my cancer so fonts are BIG. Good or bad, writing things down has always helped me deal with life.