It’s mid morning on MLK day. I just sent another email to one of my attorneys at the miller firm in Virginia about my lymphoma lawsuit. I am completely not expecting anything to come of this and it is what it is. But just in case it might turn out to be something I’m going along with it. No one else in my family history that I know of had any type of blood cancer. It’s not like lymphoma was common in our family. It had to come from somewhere. I’ve been exposed to RoundUP for as long as I can remember helping run our family farm, spraying weeds around the yard and along fence rows. No, I was not a commercial landscaper or anything but I have used it a lot. No I cannot say that on June 17 of 1994 I used it and “caught” lymphoma. That’s not how it works. It causes lymphoma by the long term exposure and also probably drinking well water in farming areas. I opted out of the large group class action lawsuit to pursue my own individual case on the recommendation of the firm, so we shall see. What have I got to lose?
Mike overslept this morning and got up around 8:20 and was scrambling around to get ready and go online to work. He’s up prowling around all night most of the time with his shoulder pain and doesn’t sleep well. I have stopped nagging him about going to the doctor. It does zero good. It is what it is and when he’s ready he’ll go. Live with it.
I’m feeling somewhat guilty not working, not subbing, but I have resolved not to work in schools again until a couple weeks have passed after I’ve had both doses of the vaccine. I think that’s sensible and safe. I am getting my pension checks anyway. Wasn’t that the purpose of retiring? If it wasn’t for all the germs, bullshit and hoops to jump through I wouldn’t have retired. But I did. So be it.
I’m going over to the Jewel grocery store and getting a roast and barley to make some soup this week. We have been finishing up my last two batches of soup. We eat it for a day or two and then I stash it in the freezer for a few weeks. It’s hard to make just a little soup.
My gut has not been right since I went to Lewistown last week. I don’t really know what’s going on with it. It’s probably just my nerves because of the ongoing stuff with my kids. My mother and grandmother both had nervous stomach issues.
I took Bitzi out for a little half mile walk this morning. It’s not too unpleasantly cold but it is a bit tricky with all the patches of ice and snow. I’ve been walking in the street because most of the sidewalks arent’t clear but there are lots of slick patches on the streets too. I fell down and hurt myself on a slick ice-covered parking lot last week. I fell clear down to the ground and bashed the shit out of my knee, hurt my wrist and bashed my right lower abdomen so now I’m a bit leery about walking on streets with icy patches. After I fell down last Tuesday it hurt so bad and I was so stunned that I just laid there on the ground breathing slowly trying to assess the damage and get the strength to get back up. Later that night my right knee was aching and all swollen up. It’s been somewhat swollen since then and turned a mild black and blue but wasn’t at all as bad as I’d initially feared. So I haven’t been walking that much the last couple days. 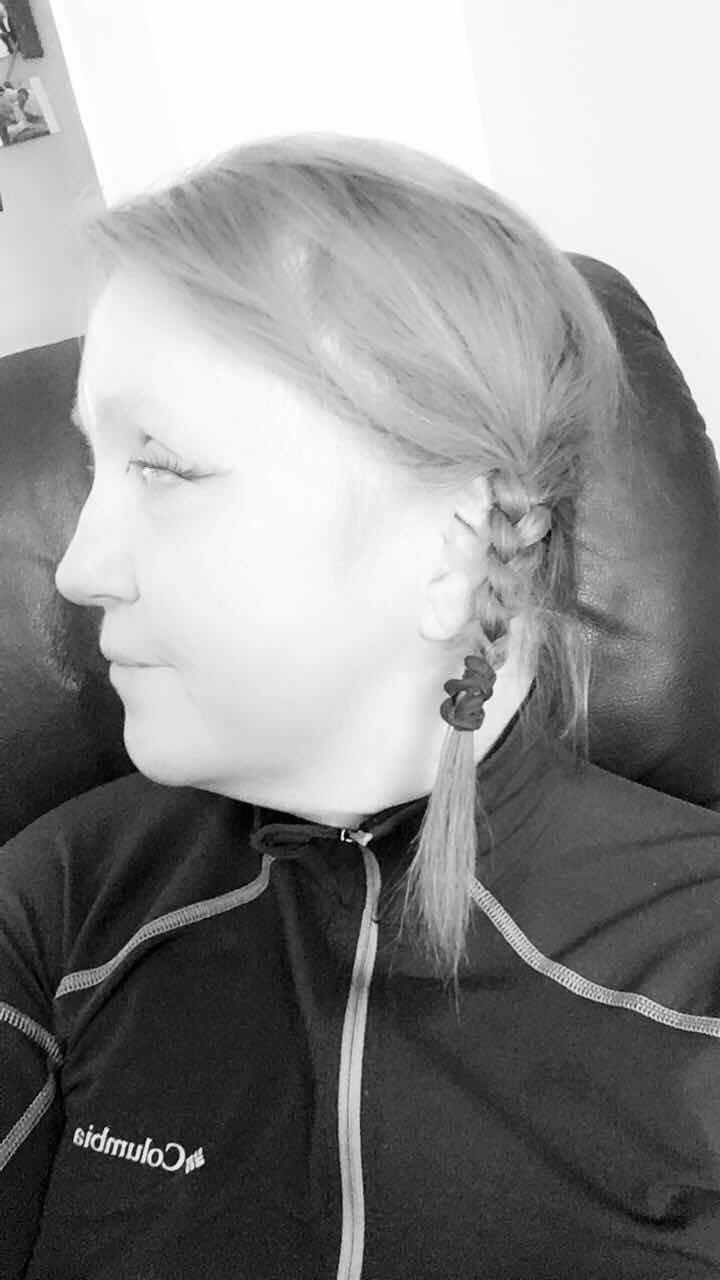 I have done most of my odds and ends jobs around here now, so not much to do. I suppose I could go thin out my closet.I no longer need the dressier concert attire clothing it seems. Just hangin’ there with nowhere to go. I should thin that stuff out and take some to Goodwill. I have assessed my freezer and decided not to make the beef & barley soup. There are too many leftovers in there already. Nope.......
Only about 60 more days until spring....I have to keep reminding myself. I hate this end of winter period- one big gray bucket of shit. Speaking of that I’ve had two dog clean ups so far this morning. The second was a puke. Not sure what’s going on with her. She’s supposed to go to the groomer tomorrow.
Last night I watched the latest episode of The Circus on Showtime and then we watched Good Fellas.I had seen the first part of it a long time ago. A lot of people in it that ended up being the Sopranos. I think the Sopranos was way better but them I’m biased.
I’m sitting in the spare bedroom typing on my IPad keyboard in the silence. Mike is in the back office typing and editing stories for his job. It’s weird how life is now during the pandemic. I see that there are a few restaurants and bars remaining open despite the governors order and some of my relatives are frequenting one of the restaurants and even have taken my 82-year old mother-in-law there a few times. Those are the Trumpers doing that believing that Corona virus is all just a democratic hoax to disparage the current POS president.Ah well.......whatever. You cannot change anyone. You have to just take care of yourself. These are very difficult times we are going through.
I shall survive.
I’m going to take Bitzi up to walk in front of the main lodge here in Sun City because it’s usually cleared better up there and fewer icy patches. I’ll do that in a bit when I finish my coffee. I didn’t feel very well yesterday and did very little. I rode along with Mike last night but waited in the car while he went in two stores.I should have gone to get steps in but I just did not feel like it. I guess I’ve got the blahs or something like that. I need to count my blessings. I haven’t done that today nor read positive affirmations or Buddha quotes. Those usually help raise my spirits.
Watching the news yesterday was surreal. I can’t believe how many troops and barriers and fences have been put up in Washington DC in preparation for the inauguration. I cannot believe that Trump is making a big splashy departure from the White House on the morning of Biden’s inauguration. I cannot even believe he still has not even admitted he lost and Joe Biden will be our president. I cannot believe that creep albino bitch Mike Pence would not agree to invoke the 25th amendment and remove that dangerous insane monster from power. The whole Trump cult needs to be dropped into a flaming volcano.
We cannot take anything for granted.
I can hear Mike’s booming voice in the back office on the other side of the house talking to someone at work over the phone or on Zoom. I think the sound is carrying through the heating ducts as it’s sounding a little tinny and has some slight metallic vibration to it. Weird. I just ate some leftover sausage-scrambled eggs-riced cauliflower-Frank’s Red Hot sauce stuff I cooked up the other day and then put the rest in the fridge. Mike refused to eat it. It wasn’t too bad. 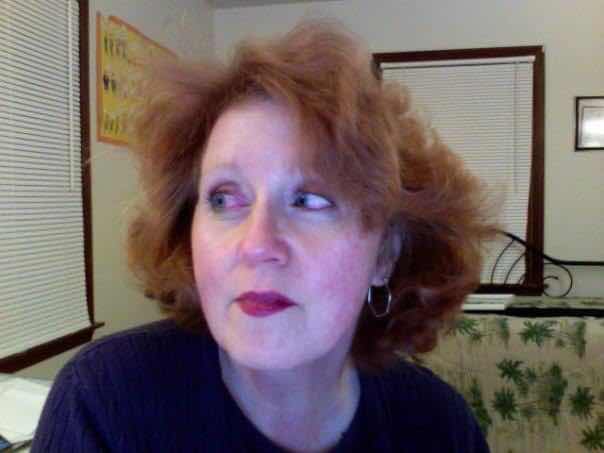 In the last few days I’ve deleted all the old photos off my phone and IPad (they get saved in Google photos and Amazon photos anyway) and deleted and organized apps. I’ve cleaned out my diffusers with white vinegar and scrubbed the with a brush so they work much much better now. Because of all the family stress I’m trying to stay home, keep my mouth shut, keep busy, try not to stress eat and not spend money. It sounds easy but really it’s not when you’re me.........My youngest son was texting me Saturday and said some pretty painful things. I’m not sure if he intentionally meant to hurt me but he did. There are a lot of things I could say to him but I won’t. That’s how I am. I try to be quiet and take the high road. A lot of the time you’re alone up there though.......anyway it’s still hurting me even after a couple days along with everything else.
2;29 I’m now in the middle of a huge master bedroom closet purge. Despite purging tuff a couple times since we moved into this house about two years ago I still appear to have waaaay too much stuff and I have most of it thrown out of the closet and strewn around the bedroom and on the floor now. I did sort and hang some stuff up. Now I’m taking a breather and having some lemonade. Six pound and ten-month-old Bitzi is very curious and wants to follow me everywhere and smell and eat everything. NOT GOOD when you’re cleaning closets.  I have a pile started for Goodwill. I know giving away some of this stuff will hurt, probably mostly because I was dumb enough to buy it when I didn’t really need it though...........
3:55 I’ve got most of my purging done and I’m taking Bitzi out for another walk before it gets dark. I got rid of LOTS of stuff!
6:02 all completely done. I had to go back and check linen sizes and reclaim three dressed from the Goodwill bag but now I’m done. It feels good to be finished. Tomorrow I’ll take a load of stuff to Goodwill and get it out of here.