It’s very early morning. I woke up due to Mike snoring and couldn’t get back to sleep. There are so many things to think and worry about. I just read that we’ve reached 500,000 Covid-19 deaths in the US ( Reuters)and Dr. Fauci said the pandemic may continue into 2022(People). Pretty depressing news. No wonder there are so many people with anxiety and depression. This is day two of me trying to snap out of it and get back on track with my eating and exercise. Due to what’s going on with the kids and the funeral Friday I’ll need to keep myself on a short leash emotionally and focus on positives. It may sound weird but that’s my plan. I’m going to the pool this morning early, have shopping to do and will take several walks. Mike is swamped with work and busier than a one-legged man in an ass kicking contest so I can’t depend on him for comfort or to vent to. He’s not very warm and fuzzy like that anyway. He always insists I quit being a wuss. He’s right, of course.
I’m drinking my coffee, trying to wake up. I’m only eating between noon and 6pm and then limited carbs. My gut feels better on this system. I have more energy and focus. I started getting off track in January a little here and there but then it snowballed and I was eating bullshit again so now am getting back on my better habits. Food is medicine to fuel and heal your body. I am lucky to still be alive. I have to take care of my body the best I can. I cannot let my emotions sabotage my health. I have a crazy amount of sub jobs available to me. Most of the area schools are back to in-person or hybrid learning. There were twenty-four available jobs for today. I’m not accepting any in person sub jobs until two weeks after I’ve had the second vaccine. March 9 would be the earliest date I could have it but I haven’t gotten an email yet to schedule it. Mike got his five days after me and they already set his second vaccine appointment. He got his here at Sun City and got the Pfizer. It got the Moderna through my school district, so still waiting to schedule my second dose.
Besides the stage four colon cancer, my ex husband also had a couple serious blood clots the doctors were concerned about. One by his heart and one in his leg. Supposedly he’d been doing better with his chemo treatments, gained a bit of weight back, more energy and doing better. The night before he died he fell on the ice when he got home from the sale barn and told his mother and our son he was just tired and wanted to go to bed. The next morning he got up and got dressed to go to the sale barn and just fell over on his bed and died. My son found him a couple hours after he died. I bet one of those clots got him. My kids are all now dealing with all this stuff. He had cattle in Missouri and Nebraska and locally. What a huge mess. You just never know. Life is short and you should never assume you have another day. I need to be as loving, giving, joyful and grateful as I can be every single day for the rest of my life. 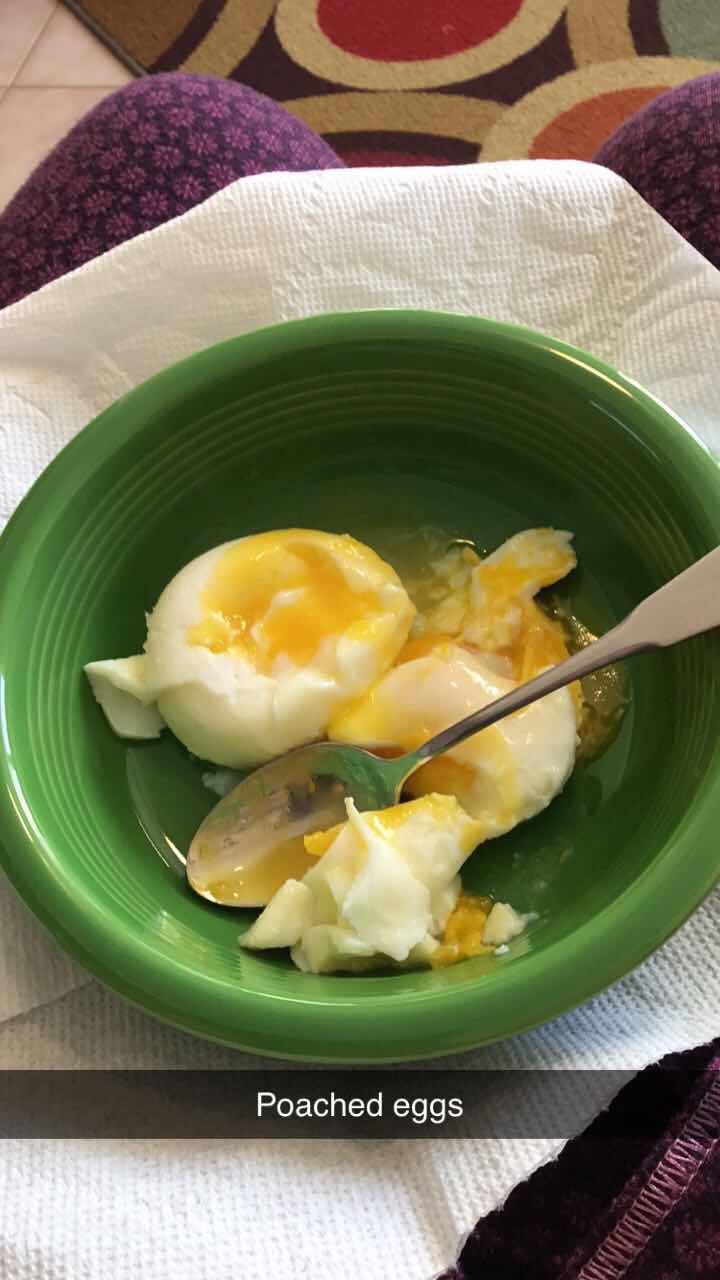 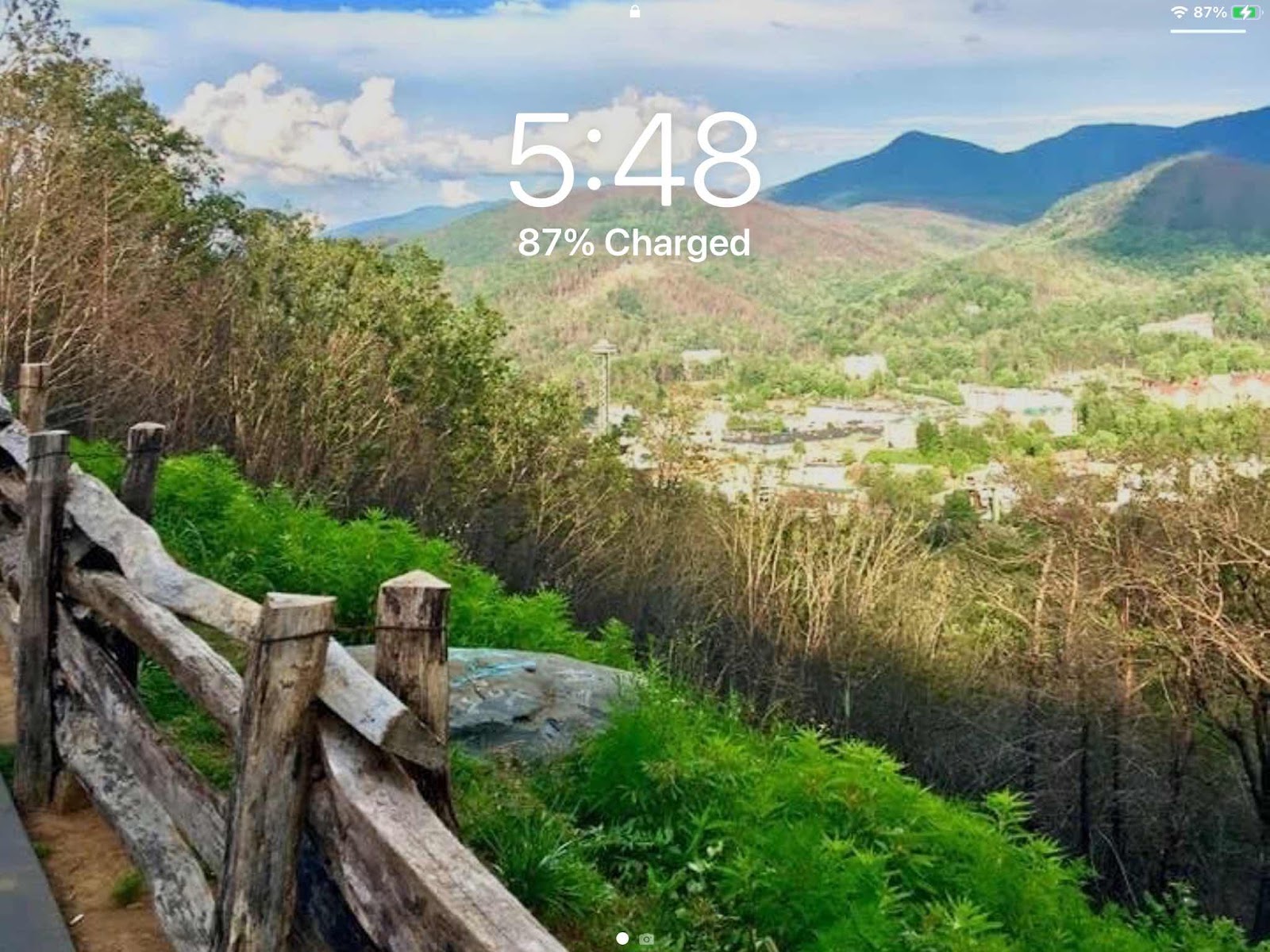 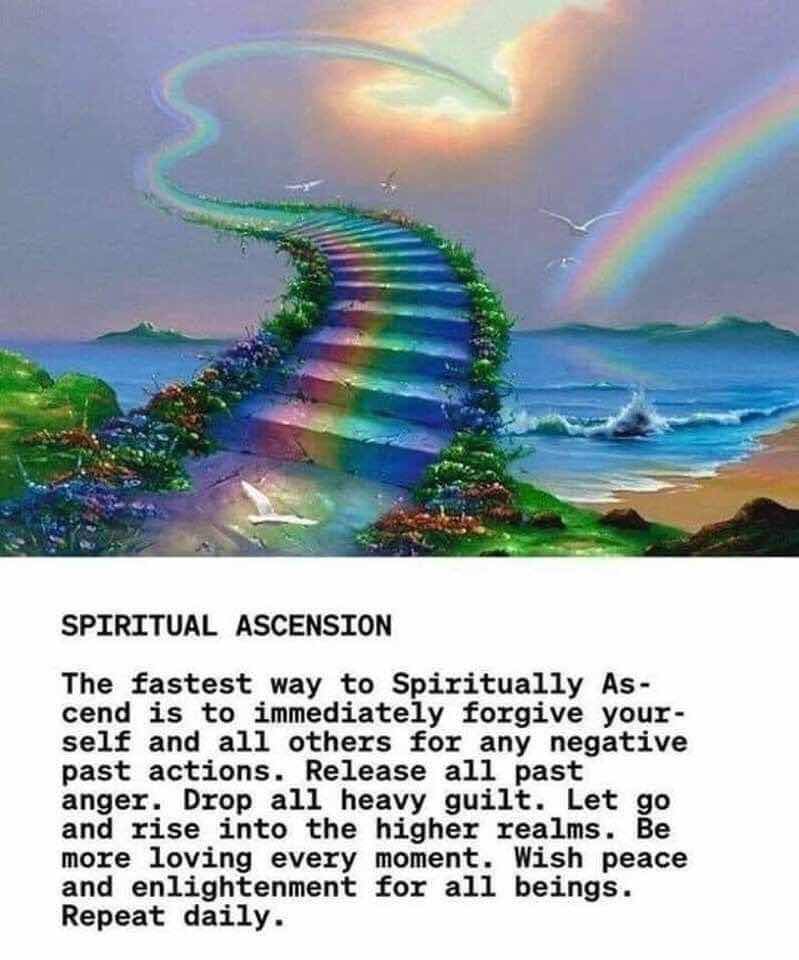 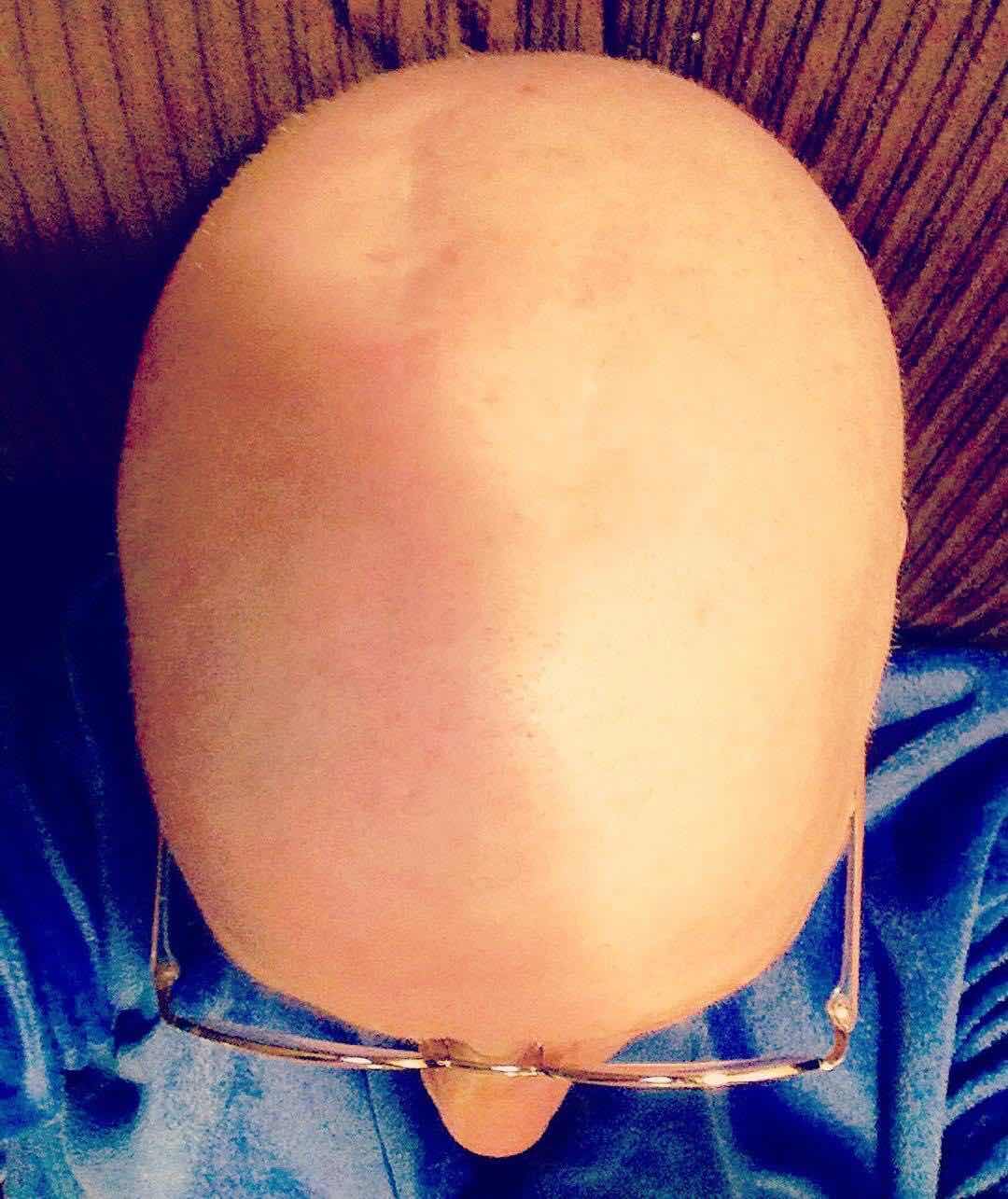 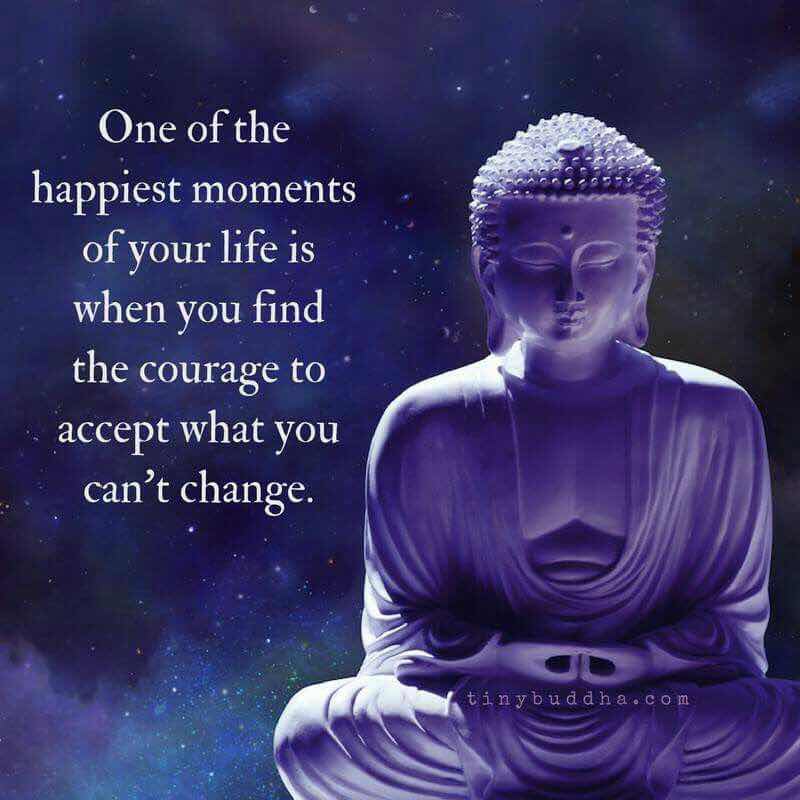 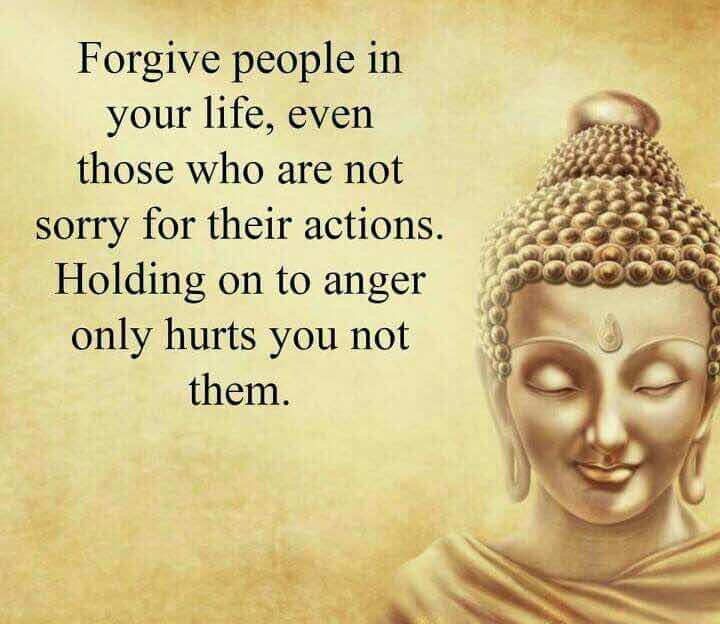 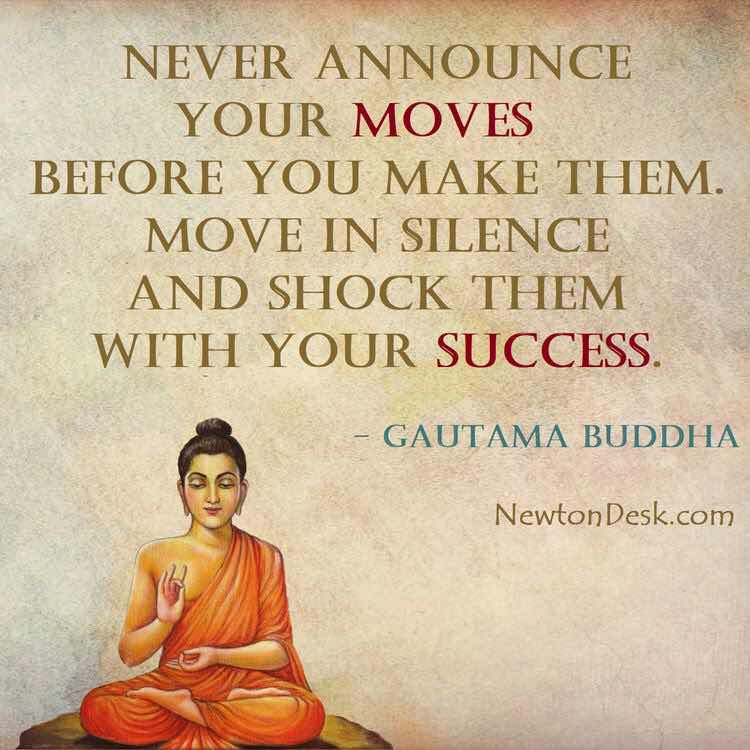 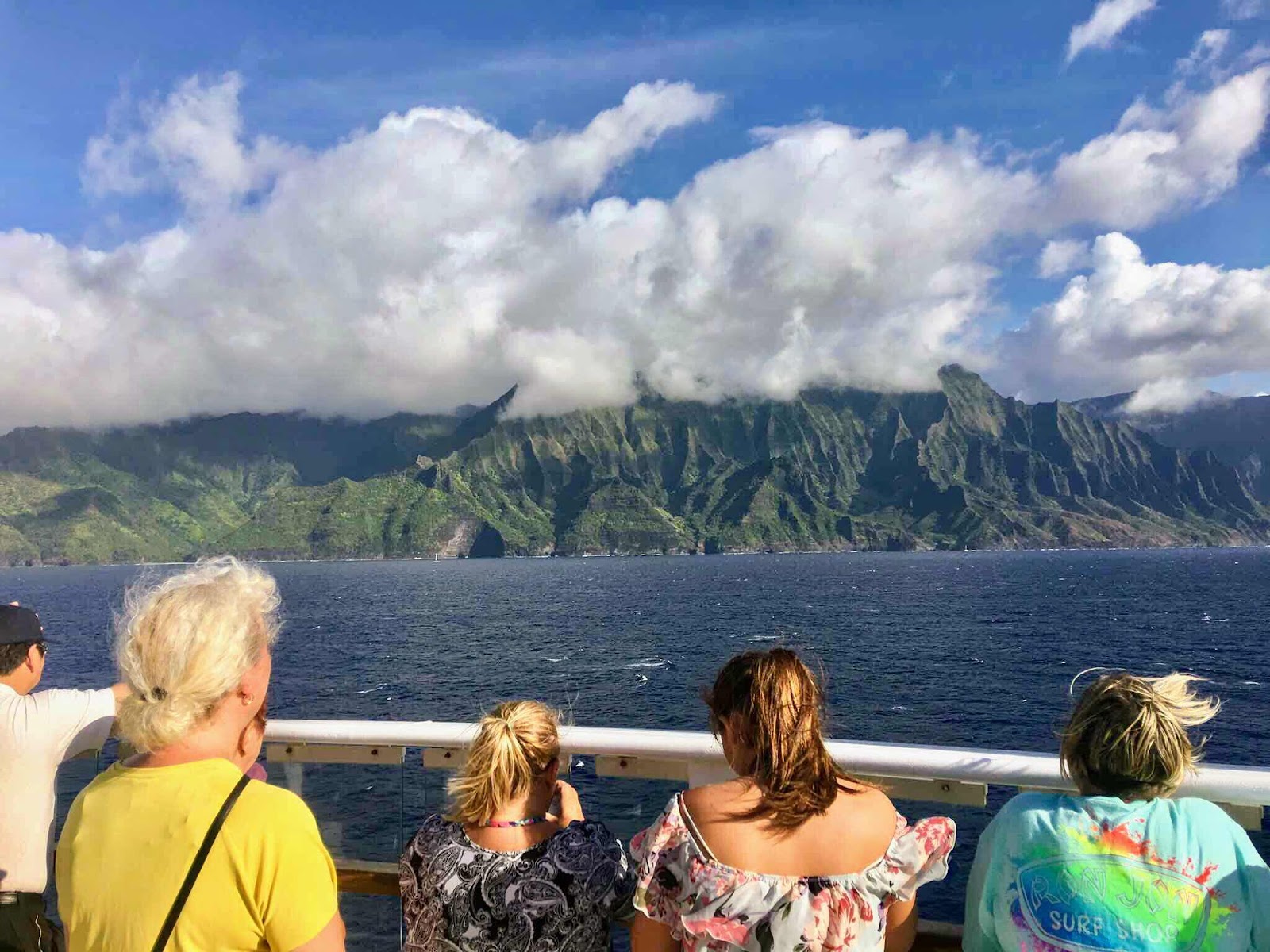 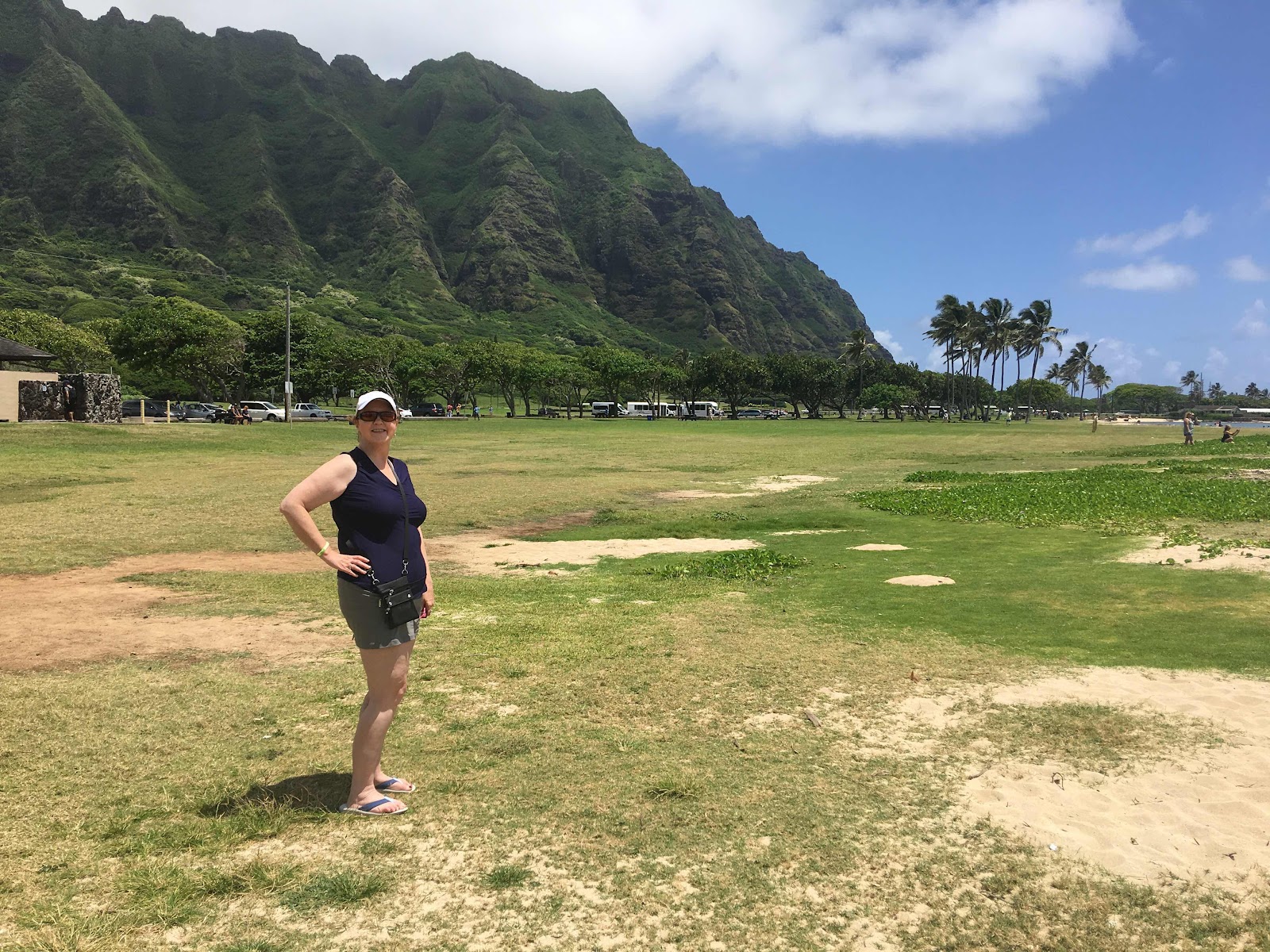 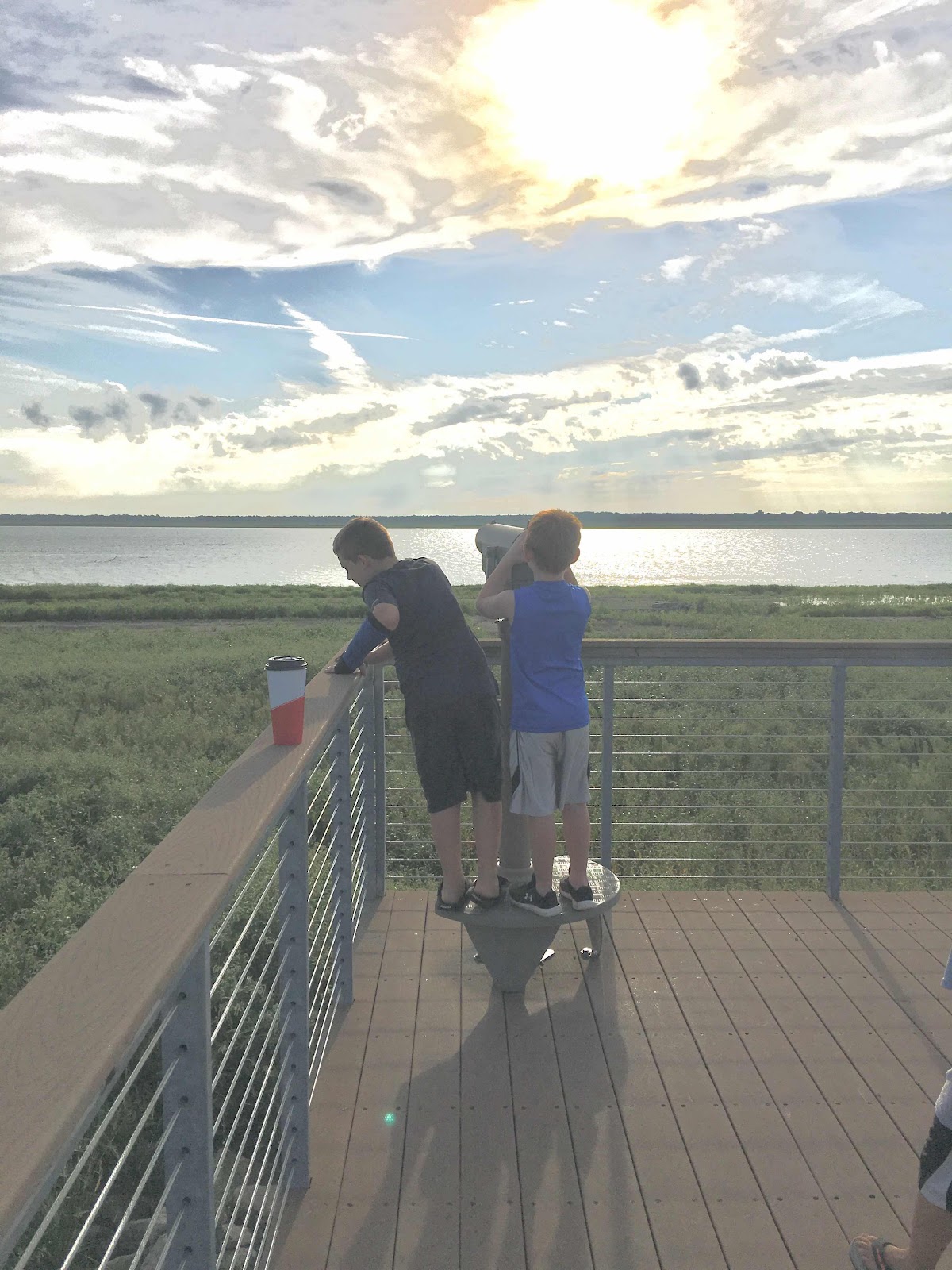 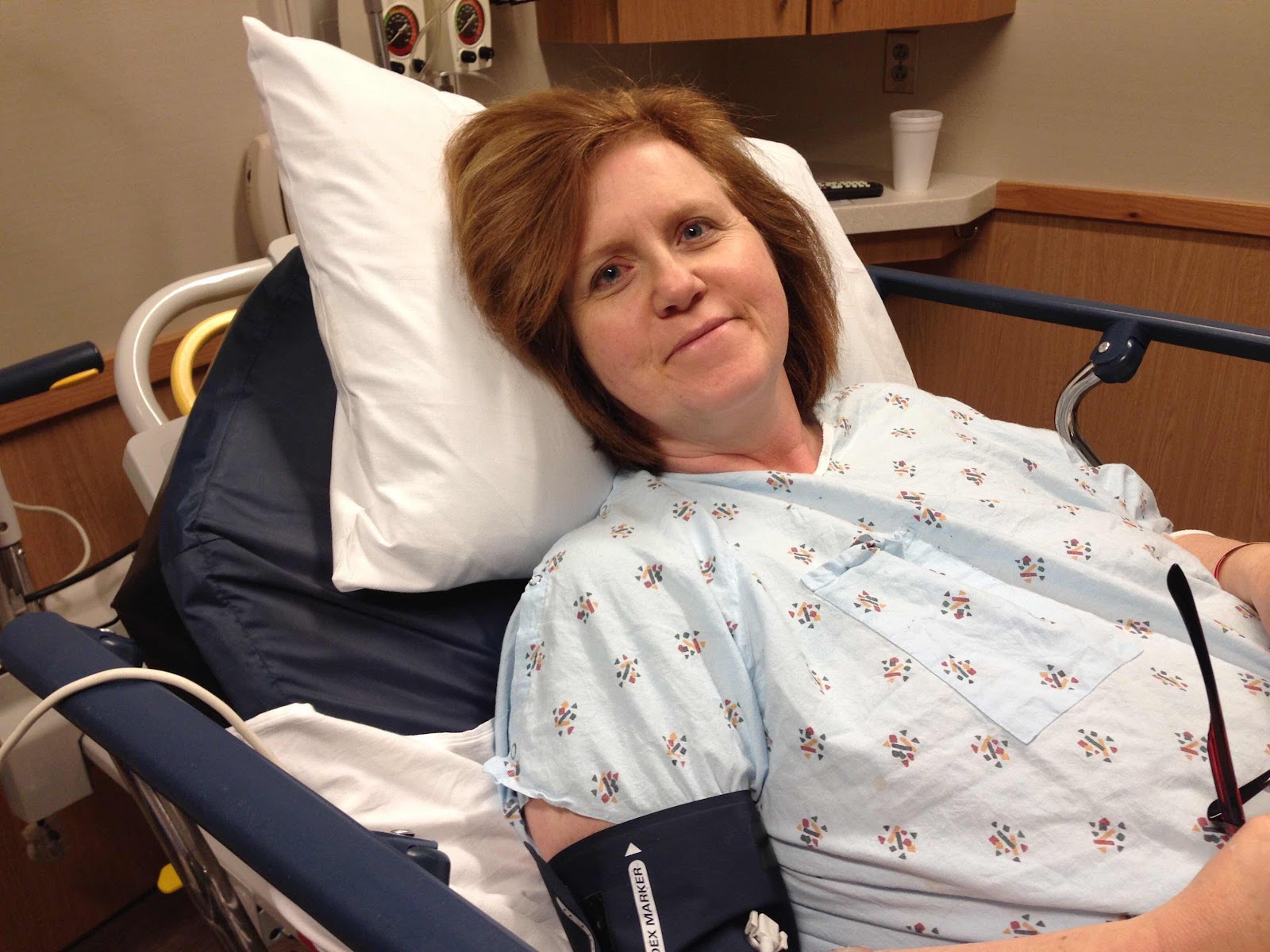 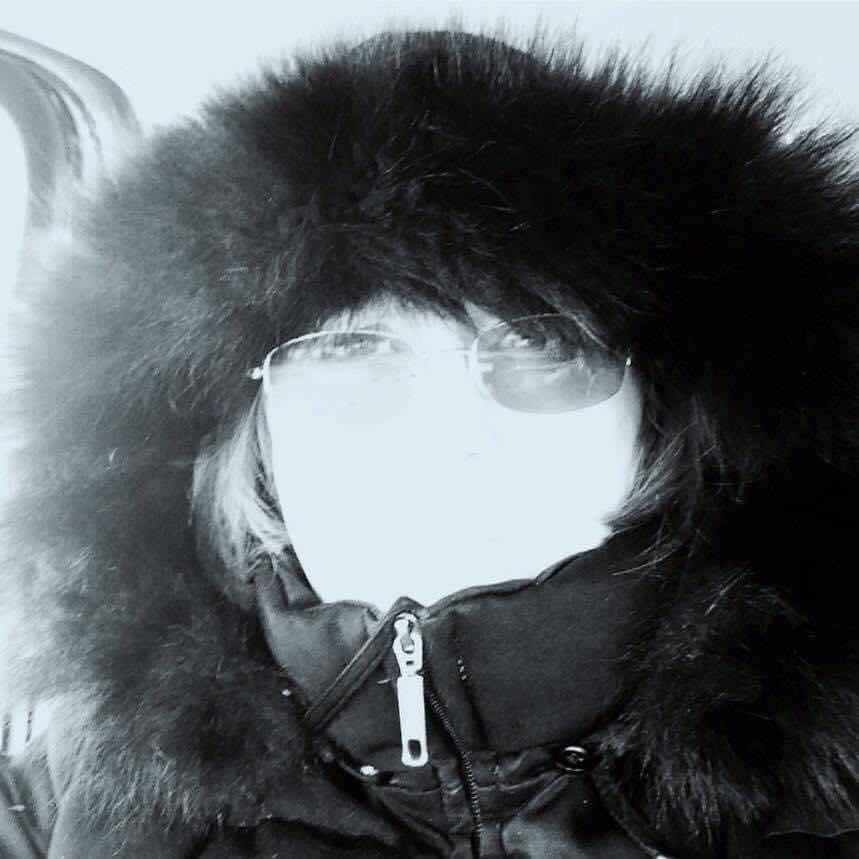 7:39pm Friday   I’m in Lewistown watching my grandsons. The three year old is pretty difficult. I’m exhausted. I have the puppy with me, trying desperately to continue her potty training. It’s hard with the kids, in strange surroundings for the puppy. I forgot to bring her bells she rings when she needs to go out. My daughter Sarah talked to her dads oncologist regarding his biopsy report and prognosis. It’s bad and very grave. His colon cancer has spread to the adrenal glands, lungs and other places. My sons, who work the farm, have been at bitter odds for some time which makes the situation much much worse. Sarah is trying to take care of her dad. He’s very sick and weak. He’s going to get worse quickly. My oldest daughter has been struggling for months. I think a lot of it is her marriage. I’m picking up her girls, my granddaughters, tomorrow and taking them home with me for a week so she can go to Evansville with her husband where he’s working a construction job. It’s a very difficult time for my family. Some of this stuff I can’t talk to my husband about. He tends to be too gruff and inflexible. Life  isn’t a straight line, plainly black and white, right or wrong. Shit happens. Sometimes really bad shit happens... My heart has so many many strings attached to it. Sarah has been sobbing a few times today. I am trying SO HARD to help but still feel helpless.
Im still really sore from working in the garden. I feel as if I’ve been beaten with hammers. I took a shower but it didnt help.
- June 05, 2020 No comments:

I thought I had it all figured out

Just when you think you’ve come a long way, learned a lot, feel confident and secure some shit happens that makes you feel all bewildered, unprepared and clueless. Most of the time I don’t feel like this but life has to keep sending us unexpected zingers to keep us humble I guess.
I’m going to Costco in Lake in the Hills in a little bit to get a little seafood for New Years Eve. We never go out and party and drink. Sometimes we invite people over but this year, as far as I know, it’s just Mike & me. A couple king crab legs, shrimp and scallops for him will do. I don’t really like scallops. A salad and baked potato will be it. Nothing too fancy.
It’s supposed to snow shower this afternoon so I’m going to get my shopping done this morning.
Mike’s mom and Casey came over to watch the Bears game yesterday. We went to look at this house that’s for sale here in Sun City about 3/4 of a mile from our house. We couldn’t go inside and look at it-no realtor or open house but checked out the neighborhood and looked at the interior online. His mother needs to not live alone so far from her kids. Mike is the closest and he’s 35 miles away from her house. More stuff keeps happening with her to show she should not be living alone but her kids keep ignoring it and she’s not my mom so I’m not in charge soooo.....
Something is up with my daughter and I’m not even sure but it’s driving me nuts with worry. No matter how old they get, they’ll always be your baby.
I’m going to go change and head to Costco. Stop worrying about crazy shit that’s probably my imagination.

@@@@@@@@@@@@@@@@@@@@@@@@@@@@@@@@@@@@@@@@@@@@@@@@@@@@@
2:10 I went to Huntley Aldi’s and got some stuff then over to Lake In The Hills Costco and then back home, unloaded my stuff and put it away, then unloaded and reloaded the dishwasher and cleaned up the kitchen. It’s very gloomy out snow and was snowing and sleeting when I was out driving. I’m listening to an Al Jarreau mix playlist from Amazon Prime music via my Alexa through my Alesis transactive Bluetooth big bass speaker. Nice.
I did touch base with my daughter so at least she’s alive. I still don’t know what’s bothering her but she’s 37 and can call me when she’s ready to talk. I don’t chase anyone. I just tell them to let me know when they’re ready to talk or if they need anything. I’m easy. Things almost always work themselves out on their own. Worrying about shit doesn’t help, trust me.
Me on deck of the Pride of America cruise ship sailing between Hawaiian islands June 2018 ( feeling relaxed, grateful and happy)

$$$$$$$$$$$$$$$$$$$$$$$
3:27
I just went for a walk down own our block. It’s really cold out there now. I was pretty bundled up with my coat, gloves, hood and scarf around my face but still too cold.
I’m trying to use this old keyboard I had for my iPad. I have one for work that fits my work iPad much better and is a better keyboard to use. This one is kind of janky and doesn’t fit very well on the iPad itself. The keys feel like cheap plastic and don’t go up and down quietly or smoothly. Still, it works. I’m not a snob about stuff at all. Mike is the pick one about almost every little thing. He’s so much like his mother, although he strongly denies it. Hahaha....... His mother came in here yesterday and almost immediately demanded we pull up a couple throw rugs because she decided one of us was going to slip and fall to her death. Then she announced she had removed her shoes at the door ( we don’t give a shit if you wear your shoes in here) and ordered Mike to go find her a pair of my slippers. I didn’t heart that part but noticed later she was wearing my neon yellow water /beach shoes........ (I thought what the hell???) and then a short while later she started complaining really loudly she was freezing and told me to go get her a sweater or jacket. I just looked at her like seriously.....no one else was cold but it was the way she complained and ordered me like I should drop everything and run and get her a sweater. Jesus H Christ. He IS like his mother, Ridiculously fussy. Crazy shit.
- December 30, 2019 No comments: