I got up late this morning. I took a Benadryl last night and slept like a log. The cabinet guys will be here soon. The cabinets are starting to look good with a coat of paint on the boxes and some of the crown molding installed. I’m so excited! I’ve been wanting to re-do this kitchen since we bought this house. Mike really loved it and I thought it was okay except for the kitchen.
I’m starving and feeling hollow inside. I went over my carbs limit a couple days and now am back to my fasting. I’ll eat a little between noon and four today. My mission is to slowly get rid of my excess weight so my immune system and joints have less to take care of assuming I’m going to continue living. So very many health issues are associated with obesity and sugar and poor diet. There have been millions of dollars to date spent on my medical care. My diet is the least I can do to be healthy. I’ve been eating a lot of raw spinach and chia seeds lately.
There’s a winter storm coming tonight with snow and ice. Mike is going to try to fire up the snow blower. I might run over to Costco and get a couple things. I need to take Bitzi for a walk. I did a bunch of sub prep work yesterday. I think we’re going to go buy me a new comfie recliner for the bedroom today. We got rid of the old one but I really miss it. 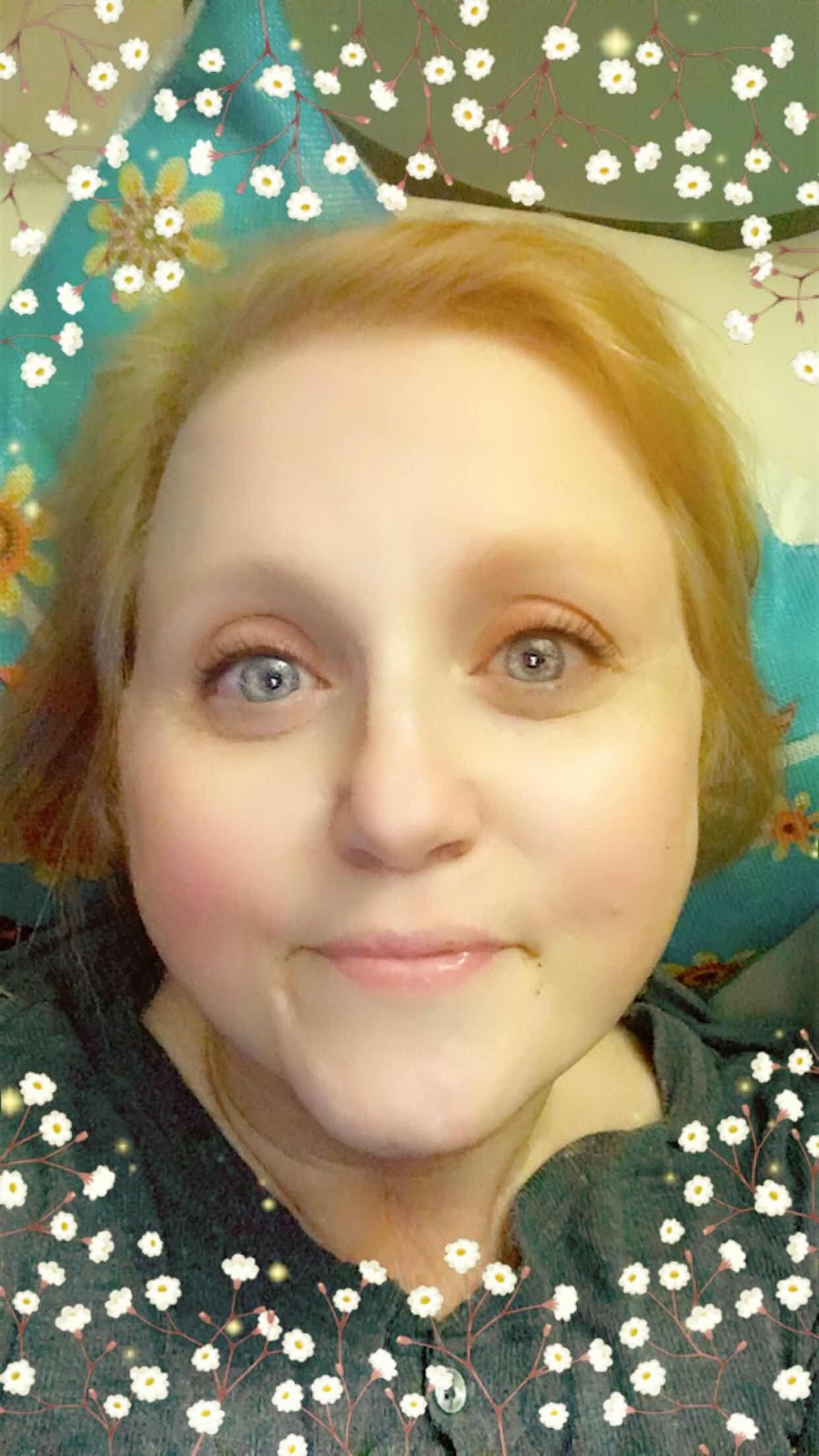 I just took a nice walk around Wildflower Lake with Bitzi. It’s very cold out and no one else was walking. It’s going to get a lot nastier later today.
In the past several months I’ve gotten a lot more phones phishing emails and texts. I usually block the sender and delete it. This morning I got an Amazon phishing email and text on my cell phone. I blocked them both and just checked my account and changed the password. Bastards!
- December 29, 2020 No comments:

I Know This Much Is True

It’s Saturday morning. I’m feeling better today. I’m not sure what was going on with my gut yesterday but it’s definitely purged now. I’m not sure if that’s what they call the keto flu or what. Bitzi is feeling better today too.
Now I’ve moved to the spare bedroom where my new little mini office is set up. It’s cold in here. I have on an insulated Columbia shirt and pants and socks and shoes but my upper arms are still chilly. I’m wondering if this front window has a draft. It probably does. I know the window above the sink in the kitchen is drafty and our bedroom windows too. This home was built twenty-one years ago with all contractor grade materials. We could probably use some window insulation for winter ( or eventually new better windows...) It’s always something, isn’t it? That much I KNOW is true. There’s always something that needs replaced or fixed wherever you live. So now the counter stores says that due to Covid their supplier is behind so now we won’t get out counters installed until around Thanksgiving which then has the cabinet painter after that and the flooring guys after that. This remodeling stuff is a pain in the ass under normal conditions but it seems live EVERYTHING is a much bigger pain in the ass with Covid hovering around. Despite my unpleasant gastrointestinal events yesterday I still have stuck with keto and my intermittent fasting schedule. I didn’t eat very much at all yesterday and have been fasting since about 3pm yesterday, It’s 8:30am now but I’m still following the rules and not eating until noon but I am hungry. I’m sipping my black coffee now, which is allowed.
I had a text dispute with the lady that owns the spaniels I had been tending for two weeks. I not only went over to her house four times a day for two weeks and fed them and let them out in the back. Yard but I took them for walks, I washed their poopy buts, I brushed and groomed them. I watered her plants, brought in her mail and newspapers, checked her house inside and outside several times. So she arrived home earlier than she’d told me yesterday and then she wanted to pay me $3 lower per visit than we agreed She said she never agreed on the price and I told her she most certainly did. Ultimately I just told her whatever and I would drop off her key and garage remote on her porch. I didn’t even want to deal with her. I didn’t even want to go over to her house. Mike went over for me and my check was stuck inside the front door jam. It was more than she wanted to pay me but less than I expected. I did not have anything in writing before I started tending them. That is the lesson I learned- that I should have gotten it clearly in writing and had her sign it. If I tend anyone else’s dogs or house I will for sure get it signed and locked in before I start. Mike told me to shake it off but it still pisses me off. Oh well, you live and learn. No matter how nice people may seem at first they still could turn on you and try to dick you around.  Her dogs were kind of assholes anyway.

I’m happy with my new Belkin keyboard. It has really nice smooth key action. My older janky one still works. I should give it to someone else who might use it. It does work just not as well. Maybe Goodwill could use it. We give SO much to Goodwill. I’ve sold a few things we wanted to get rid of but mostly that’s a pain in the ass and a hassle. Actually there are two pole lamps here in this spare bedroom I need to get rid of. We just got a nice bright overhead light installed in here so we don’t need those pole lamps taking up floor space. We both like nice and neat and lots of space, low of “stuff” and clutter. Mike is, of course, way more OCD about it than I am but we both prefer a nice clean spacious feng shui home, 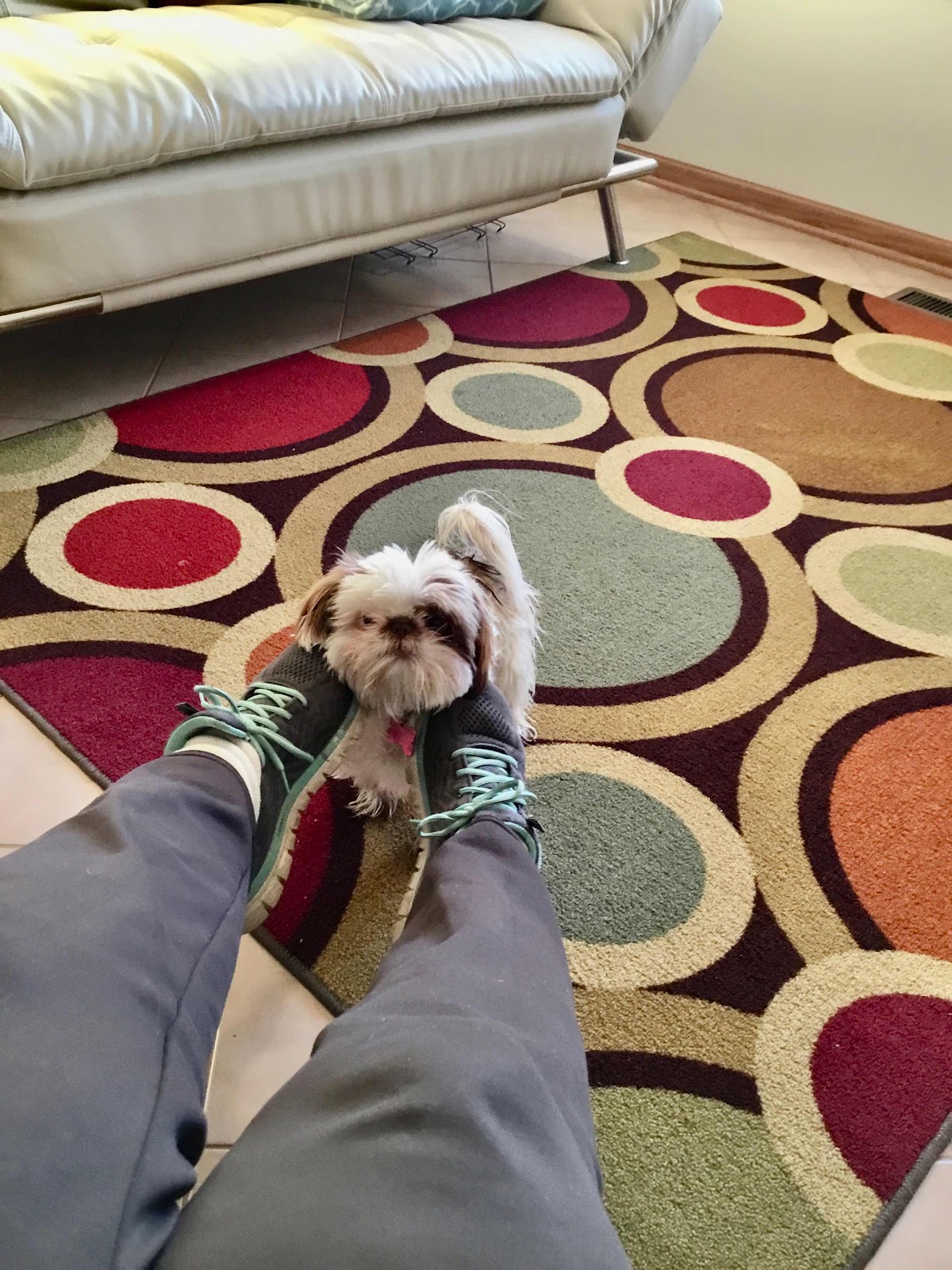 I have to run over to Aldi and get some more low carb bread and tortillas. After yesterday I’m going to go easy on the vegetables and going to make myself an actual sandwich. I’m grateful for my life and my health, for my Michael, my kids and grandkids, my in-laws, my friends, my home, my Bitzi, our ability to pay our bills and live comfortably. I’m grateful for all the blessings and opportunities that have come my way and I’m confident that more will come. We are spending way less on living these days overall. We’re living a quieter, more modest, calmer life. I guess this is getting older. Maybe it’s getting smarter.
@@@@@@@@@@@@@@@@@@@@@@@@@@@
Sunday morning
I found out last night from my older daughter that my younger daughter has left her husband with the three boys. We all knew it would happen some day. She hasn’t called me yet. I’m assuming she isn’t ready to talk. She’s a good strong woman but leaving your longtime partner is very painful and difficult. She’s been a better person the whole time and lately has finally been accepting that she needs to rise up and leave.
- October 31, 2020 No comments: