Switching over to “Rocky” mode

11:20am Sunday
I overslept and didn’t wake up until after 9am! I had to throw on my clothes and rush over to feed and let out the spaniels. I slept SO WELL last night. I fell asleep on the couch trying to watch Adele on SNL. Usually I never watch it because it’s usually lame, stale and sucks. I fell asleep shortly after Adele’s opening monologue. She’s lost a LOT of weight!
At some point I woke up on the couch stiff and achey and staggered in the bathroom and brushed my teeth and put in my two retainers. I sleep on a foam wedge pillow with an additional neck pillow behind my neck and a black room darkening sleep mask. Most nights I fall asleep listening to podcasts on Anderson Cooper’s 360 show or the NewYork Times Daily podcast or episodes of Talking Sopranos.
The wedge pillow helps keep my head elevated so my sinuses aren’t draining keeping me up coughing all night. The neck pillow comforts my cranky neck. The mask pretty much makes everything pitch black so my brain switches to sleep mode. We keep it pretty cool in there. As winter comes on I’ll start running a vaporizer next to my side of the bed. The older I get the more stuff I have to tend.
This is day five of my keto- fasting program. I’m sipping black coffee. At noon until six I can eat very low carb stuff. I’ve been out for two walks so far ( very brisk!) and used my hand weights. I’ll be 61 in a few weeks. I’m legally blind in the left eye ( just the center vision from the detachment) and I have problems with my left knee and lower back on the right side. Other than that I’m very healthy. I take one thyroid pill a day and that’s it. I’m very blessed and thankful. Trimming off my extra weight I’ve packed on will help my joints and my overall health and immune system and ( hopefully) longevity. The less you weigh the less your immune system and organs have to work. I have pool and fitness appointments scheduled every day for the coming week. I just have to keep pushing and thinking positive thoughts and keep my goals in mind. I did way too much baking during the first few months of the pandemic- bread,buns, cookies, brownies, fruit cobblers, pies!
We’re going to go out and try to find me a couple comfortable new rocking recliners to sit and read. One for the bedroom, one for the front sitting room. They have to be microfiber and over stuffed and super comfy and cozy. We’re also going over to Annette’s in St.Charles to visit.
Wednesday the guys are coming to measure the counters for the new quartz. Friday a guy is coming to measure the floors for luxury plank vinyl. I am pushing to do the two bedrooms also and get rid of the 21 year old Berber carpet in them but that’s going to jacket up the price. I think in the long run it will be worth it and we’ll be glad we spent the extra money to do it. We’ll see. We are getting prices from two local flooring stores. It sounds like the second store will be significantly higher but we’ll wait for theIf final estimate.
- October 25, 2020 No comments:

2:11 pm when I went down to Canton and Lewistown Saturday I stopped at Sallie’s and she gave me a bunch of vegetables so I decided I’d better use them up today. I made some “ Dago salad” with sliced tomatoes, cucumbers, onions, vinegar, olive oil and seasonings. ( I hate that shit but Mike loves it. I haven’t made it in years.) He flipped over it and ate a huge anoint for lunch. I also cut up zucchini and yellow squash and added ones, baby carrots and mushrooms. I drizzled it with olive oil, seasonings and Parmesan and put it in the oven to roast. It smells good. I also have a couple big weird overgrown alien looking cacti Sallie gave me that I have to repot. Sarah and the boys took some of those too. It’s been raining and storming since last night. I took Bitzi to the groomer at 8 this morning. Her shorter cut is really cute. Her hair grows fast. 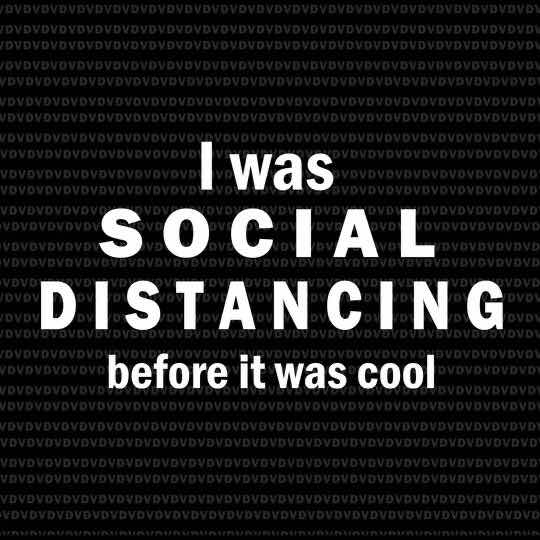 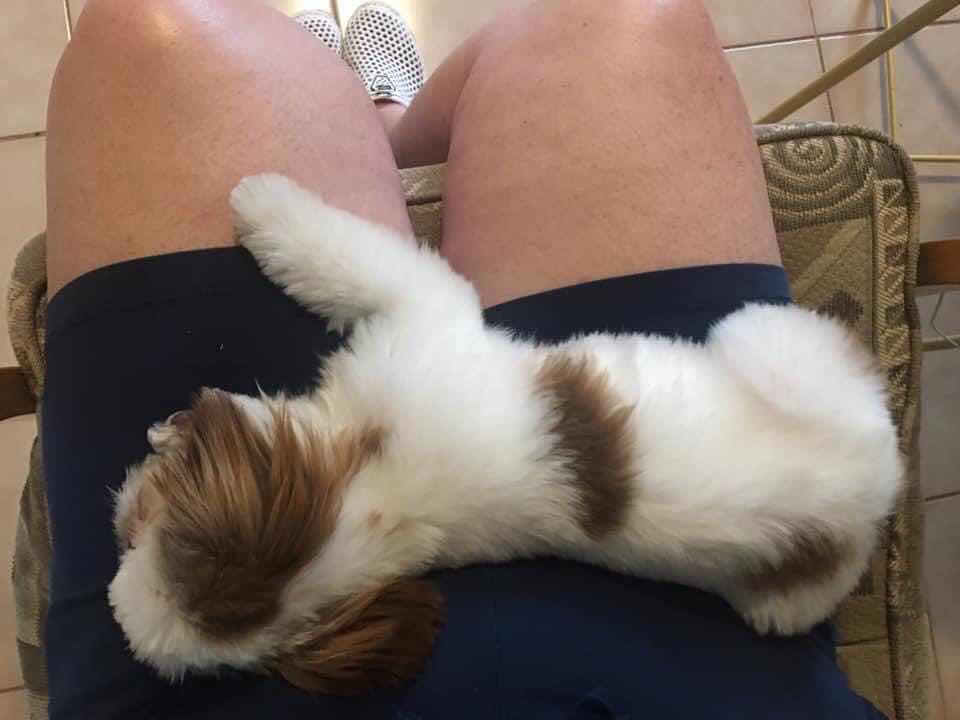 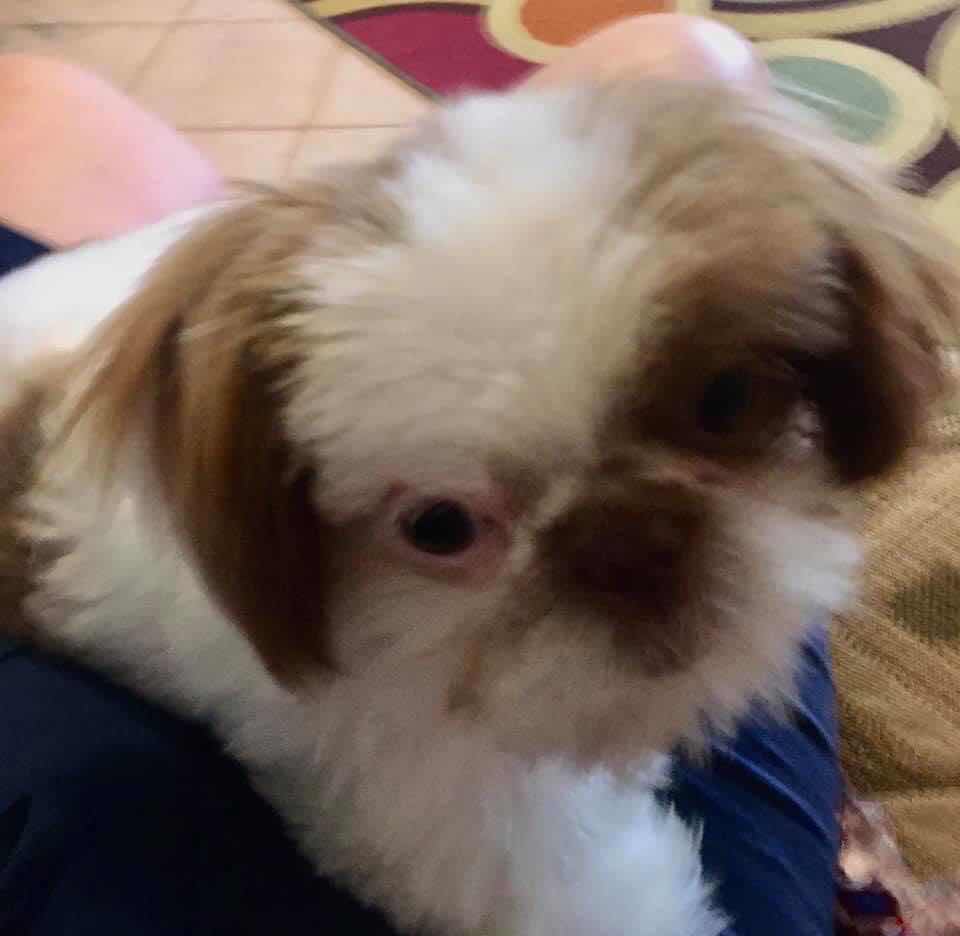 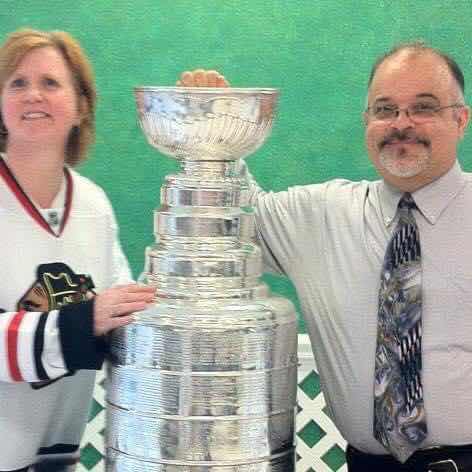 Im up doing laundry, tidying up, reading, drinking coffee. When I got up a while ago I discovered Mike propped up on the living room couch in a stupor. Now he’s skulked off back to bed and closed the door. Our bedroom now in this house is bigger than any bedroom I’ve ever had- almost too big. There’s a huge walk-in closet and huge bathroom attached. In our bedroom we have our queen black metal frame bed, a 4- drawerblonde wood  IKEA dresser, a couple metal IKEA tables holding Walmart ceramic lamps serving as nightstands, a flat-screen TV on a stand ( we never turn on or use) and an old pinkish multicolor ugly recliner still in good shape that Mike bought for his divorced apartment in 1997. We are not fancy expensive furniture people. We are not make payments for five years for furniture kind of people. We are simple basic serves our needs folks.
Anyway the big ‘ master bathroom” in our bedroom suite is mine. It has a jacuzzi tub, separate shower area, separate toilet room, separate lighted makeup vanity. Mike uses the full guest bathroom on the other side of the house down the hall by the guest bedroom. His has a tub and shower and vanity and he’s perfectly happy. We have always had our own separate bathrooms and that’s fine. I have too much stuff on the counter and that drives him nuts. My bathroom is bigger than my old bathroom but has MUCH less storage space which can be a problem. I had to get rid of a whole bunch of stuff. Same with this new kitchen - WAY less cabinet and counter space. The first couple months I felt really frustrated, traumatized and heartbroken. We intended to do a kitchen update, change the counters and sink, add an additional cabinet or two but now with Mike’s job situation concerns we’ve put the brakes on that for now. We’re focusing on real needs right now instead of wants or desires or wild hairs up my ass frivolous spending ideas.
So the company buyouts / cuts/ downsizing process for Mike’s company is still going on and the full results and outcome are as of yet unknown and so I have stopped a lot of my normal spending. I have unsubscribed from numerous monthly things which just slowly leech money and suck you dry gently in the background. My current mission is to get creative and use up what ingredients we already have in the kitchen and cut way down on stores and restaurants. Kind of like the show Chopped- you create meals using ingredients you have on hand. Very thankfully I learned very well how to do that living on a farm out in the boonies with a bunch of kids. Use what you’ve got. Improvise, substitute.

In this life, where have you found refuge? Refuges include people, places, memories, ideas, and ideals—anyone or anything that provides reliable sanctuary and protection, so you can let down your guard and gather strength and wisdom.
- Buddha’s Brain
In April 2015 I had a sudden major violent seizure out of the blue signaling my brain cancer had returned after 7 years. After 5 years, in 2013, top specialists proclaimed me cured and no longer needed routine brain MRIs.
You NEVER know what will happen or if you will be granted a tomorrow. What will be left behind when I’m gone? Who know if and or when my cancer will return? What lasting thing of value can I leave except for memories that I helped another in some small way? Things do not matter.
Do all that you can, with all that you have, in the time that you have, in the place where you are.
- February 17, 2020 No comments: